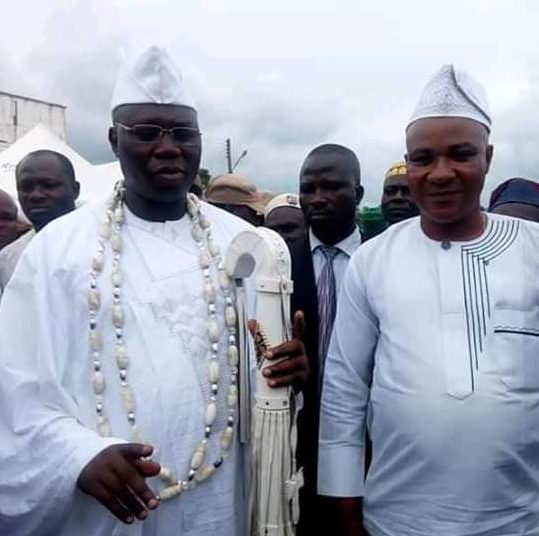 54
SHARES
4.4k
VIEWS
Share on FacebookShare on TwitterShare on WhatsApp

The Oyo State chapter of the Oodua People’s Congress (OPC), has come out in a clear terms to condemned the activities of kidnappers and terrorists in the oke- ogun zone of Oyo state.

The state co – ordinator of OPC in Oyo State, Comrade Rotimi Olumo said that the Aare ONAKANKANFO of Yoruba land,and the National Co-Ordinator of OPC, Iba Gani Abiodun Adams said that armed terrorists now occupies Kishi, Saki and the old National park. Olumo said that Yoruba’s should be grateful to Aare for giving out such a vital information because it’s a bad signal for the people of Oyo State.

He further stated that this bad elements want to use oke ogun to gain entrance to Oyo state. Because Oke – Ogun shares boundaries with other nebouring countries. It saddens one’s heart that in the past few days this armed groves has engaged in kidnapping and even threatening the livelihood of our people in that area.

Olumo said that Aare Onakankanfo has directed him to relocate to oke ogun,and make sure that OPC dislogded terrorists and kidnappers. He said that the main reason why OPC was established is to protect and fight for the right of Yoruba land.

He said that OPC is battle ready to cortail the excesses of this people because this is our fathers land and we will not fold our arms and allow terrorists,and kidnappers to destroy our land.

Comrade Rotimi Olumo, said that OPC will colaborate with all revenant security Agencies to make sure that there peace in Oyo State. I have called all the local government Co-Ordinator in that to be at alert.

Olumo, also advised Yoruba’s leaders to support and encourage the Aare ONAKANKANFO by giving us necessary information about what is happening in there area. I can assure them that OPC will complement the efforts of the security Agencies.

Comrade Rotimi Olumo also assured the state government that OPC will do everything possible to make sure that citizens of the state can sleep with their two eyes closed.