The also  kicked  against  what they termed as oppression by their sisters Union, Nation Union of Road Transport Workers Union, NURTW over the disputed land

The protestants carried placards with various inscription such as “No more  oppression by NURTW’, Why should TOAN’s permit be revoked by Local Government for NURTW, ” Oyo state Police, don’t let NURTW use you to cause Wahala in Oyo state  ” Protect our source of live hood” and many others moved from Ojoo motor park, to the police station and government secretariat at Agodi where they spoke with representatives of the governor.

Spokesperson for the protestant Conrade Yusuf Muritala who spoke with journalists during the protest said ‘We are using this protest to express our grievances against the oppression of the NURTW and supported by government and at the same time fight for our right.’

” Our organization is  registered and the space which we are using as park was allocated to us by the local government last year october,  only for us to get to our park yesterday and receive instruction that we should vacate the place, The Divisional Police officer in Ojoo came to our park and said we should leave within 10 mins”

Ayinla said further that ‘ we were at the Area Command office and they told us that the land has been given to NURTW, this is opression. they have their park and we have our own other traders are thier we are doing our business without any problem so why do they want us to leave”.

The Council Chairman Yakuub Alli while speaking with journalist on the development said ” They were ask to vacate the place in the interest of peace, we realize that the unions ocassionally have crisis among eachother and inother to forestall breakdown of law and order we decided that the leave and retain the NURTW.

” There are about 10 parks in that place, and we have told them to go and look for another place and we will approve it for them

Similarly, Special Adviser to Senator Ajimobi on community relations Mr. Murisiku Abidemi Siyanbade, while attending to them said the government will look into their matter and take the neccesaary steps to ensure peace reign

A member of the NURTW who spoke with our reporter under the condition of anonymity said’ the government has the final say over the land , ” we don’t have any issue with them but the decision of the government is binding on all of us. If today they say we should leave, we will leave “ 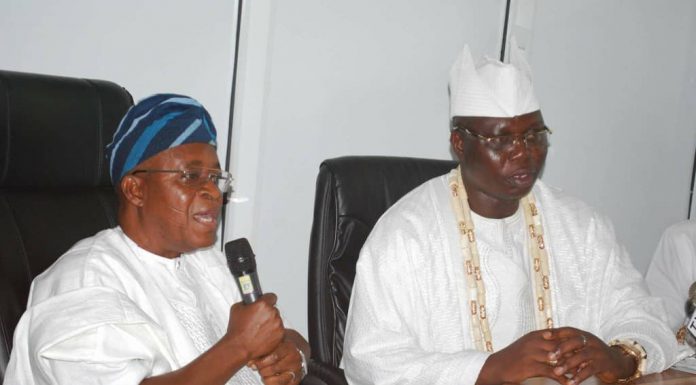 Why Osun Election is Important to Yoruba Race- Gani Adams