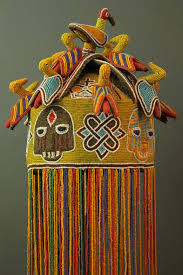 The Ondo State Chief Magistrate Court sitting at Ore has sentenced a traditional ruler in the Odigbo Local Government Area of the state, Oba Pius Akinfesola Adewola, to two years imprisonment.
The monarch was arraigned for 36 counts bordering on fraud, theft, illegal conversion of the monthly salaries of his domestic workers and chiefs, false declaration and impersonation.
In 2012, residents of the community in a peaceful protest banished him over an alleged misrule which they claimed brought the community into disrepute.
Similarly, the monarch was also accused of shortchanging traditional chiefs in the community by refusing to pay them their entitlement in full after he had collected same from the local government.
The community also accused him of engaging in a clash with his chiefs, as well as an illegal conversion of the community resources for personal use and writing of fictitious petitions against his subjects.
Shortly after his suspension by the Ondo State Government from parading himself as the Akamuja of Igburowo land, he was arrested and detained by the police at the Ondo State Police Command in Akure, the capital of Ondo State, over the allegations.
He was subsequently arraigned in court on the 36 counts.
Delivering the judgement, the presiding Magistrate, O.J Adelegan, ruled the plaintiff had proved beyond reasonable doubt that the monarch committed the offences.
The court held that Oba Adewola should be jailed for two years or pay a fine of N500,000 on each of the charges.
Magistrate O.J Adelegan, said “from the antecedents so far garnered on the record, the convict appears to me, a conscienceless person, who has no iota of regret, indulging in such an opprobrious and despicable act”.
“However, since it is no gainsaying, that our law is no respecter of any personality, I strongly deprecate the ungainly and unbecoming acquisitive conduct of the convict, particularly, his fraudulent instinct to corruptly enrich himself at the expense of others. Though, I have listened attentively to the plea of alocutus by his counsel, but from the available record, I see him as a neophyte, I mean a first offenders.
“Nevertheless, I am strongly of the humble mindset, that if the convict is not appropriately sanctioned, the danger inherent therein, is that people of like minds, may either overtly be influenced or encouraged to see criminality, as a veritable means of livelihood. To this end the convict is hereby sentenced as follows.
“On counts 10-21 of the charge, which are on fraudulent conversion, the convict is hereby sentenced to two years imprisonment or to pay a fine of 500,000.00 on each of the counts,” he stated.
In reaction, counsel to the monarch, Mr Bode Akinkoye, described the verdict as fair with the option of fine granted by the court.
Also, counsel to the Ondo State Government from the Ministry of Justice, Mrs Bola Joel-Ogundadegbe, commended the court for its thoroughness in the judgement 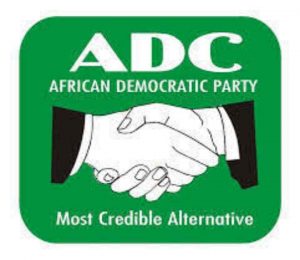