Those Ranting Against Wolekanle’s Movement to PDP are Inconsequential 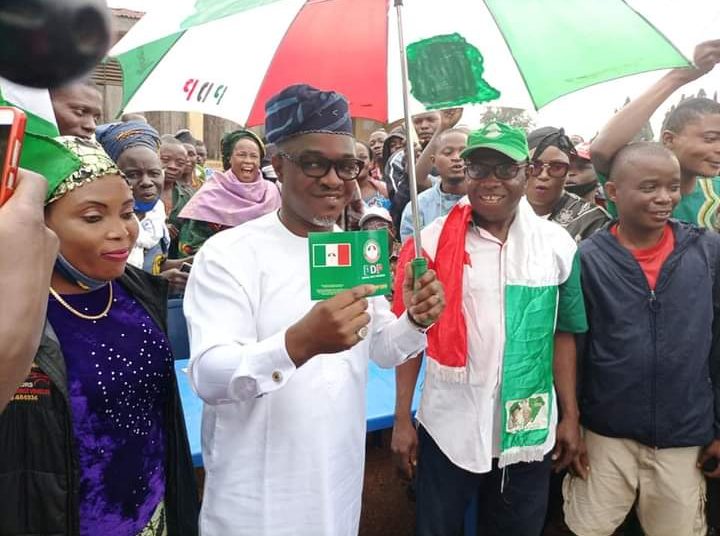 95
SHARES
2.6k
VIEWS
Share on FacebookShare on TwitterShare on WhatsApp

A Chieftain of the Peoples Democratic Party PDP in Ogbomoso North Local Government, Hon Martins Iyanda has described the rantings of some unscrupulous elements in the All Progressives Congress APC against Hon Akinwale Akinwole’s recent defection into the Peoples Democratic, PDP as inconsequential

Speaking with Journalists on Sunday, he said, “We are happy that such a bigwig who has been a strong pillar of support for their party and all and sundry is coming into the PDP when he realized the fact the APC which he claims to be progressive party is nothing but a party where deceit and unchecked crisis reign supreme.”

8 years of the APC rule in Oyo state has brings nothing meaningful to Ogbomoso but overbloated ego, and poorly executed dual carriaged road without any consideration for the people.

Today we are privy to have a Governor who is passionate about the People’s wishes and laying a solid foundation for the future of the state, most of the people who cried during the APC days are now similing nothing because Gov Makinde has restored their hope.

” Wolekanle is a philanthropist whose contributions to the land of Ogbomoso and Oyo state in particular cannot be underestimated , they want him to stay back in APC so that they can continue to milk him and waste his time, using deceitful tactics to jeopardize his bright political chances in PDP

His coming into PDP is a blessing to us, so those who are disgruntled should be ignored because they have no political value