As the 2019 elections draws near, the issue of how to create jobs for the teeming millions of young school leavers, graduates and adults in the country is taking center stage. Creating jobs and growing the country’s Gross Domestic Product (GDP) is the mark of a sound economy and a sign that the government of the country is doing well. It is impossible for a sitting government to be acclaimed and seek re-election if millions of its citizens are out of jobs and if its GDP is low.

It was for this reason that in his policy document which laid bare the policies and programmes he intends to pursue when he takes over government in 2019 after the February elections, Atiku Abubakar emphasized the issue of job creation and growing the low GDP of the country through action in all sectors of the economy that will get the nation working and the people producing.

The importance of jobs and how to create it and the route to a high GDP, was not lost to Peter Obi, Vice Presidential candidate of the opposition Peoples Democratic Party (PDP) who forcefully and brilliantly reiterated these points at the election debate for Vice Presidential candidates which took place in Abuja at the weekend. Obi was the cynosure of all eyes and drew frequent cheers from the crowd gathered at the venue of the event. Infact, the Vice Presidential candidate of the PDP was in his element that he confused Vice President Yemi Osinbajo, who though has been in government for the past 3 years and seven months, ostensibly running the economy, could not get his acts together as he mumbled his presentation often times went back to a familiar line of defence i.e. blaming the previous PDP government for the current administration’s poor performance.

The audience at the Hilton Hotel, made up of several top members of the ruling All Progressives Congress (APC) led by their National chairman, Adams Oshiomhole, those of the PDP and other political parties, were in agreement that Mr. Peter Obi, the Vice Presidential candidate of the PDP, and former two- term governor of Anambra State, carried the debate and if what he said and the way he went about describing economic management with statistics and examples from developed and developing countries across the World, the Atiku/ Obi ticket employing their Policy document would succeed in raising the country’s economy from the near-death condition it has been driven by the Buhari/Yemi Osinbajo excuse-loving government.

The business man and reputable owner of a bank, ex-Governor Peter Obi displayed an astute understanding of elementary economics, national finance and management as well as international economics, notably the aspect that attracts foreign investment and builds up domestic industry, capital and finance.

Given examples and statistics from China, Indonesia, Malaysia and what use to be the Asian tigers and the new BRITS economies, and Mexico, the aspiring Vice President harped on the importance of encouraging and supporting small and medium scale enterprises in Nigeria to get people working and producing. He said an invigorated SME sector, accompanied with supportive government action in terms of finance, will turn the country into a huge workshop the way China and its counterparts in South East Asia were able to do in a short space of time putting millions to work and lifting millions out of poverty within a generation.

He said these SME’s would eventually become factories producing several goods that would make the country self- sufficient, provide a viable tax base for national revenue generation while those that remained at the level of SMEs , will also continue to provide employment and livelihood for millions.

Automatically, the GDP of such a country would grow impressively enabling it to have money to plough back into production and lending to foreign countries thus making it an economy to be reckoned with.

Given Peter Obi’s well-researched argument, the present administration of Muhammadu Buhari and Yemi Osinbajo has been chasing shadows through the joke of what it calls Tradermoni, under which the Vice President, Osinbajo has been moving from market to market ostensibly buying votes by disbursing ten thousand naira as business support money to poor and helpless Nigerian traders. The Tradermoni scheme is unsustainable and incapable of alleviating poverty to any extent in view of the rate of inflation engendered by poor economic knowledge of the present administration and the low exchange rate of the nation’s currency against other currencies in the international exchange market. These realities left the incumbent Vice President Osinbajo confused and dazed as it dawned on him that the government he is part of has been busy chasing shadows by blaming the PDP for all the woes of the country while it has not sat down to critically review and understand the dynamics of the Nigerian economy.

Another salvo thrown by Atiku’s and PDP’s Peter Obi is when he educated the audience that unless a country ensures that its manufacturing sector is active, producing variety of goods and services which satisfies domestic need and is sold abroad for revenue, the value of the national currency and its rate of exchange via-a-vis other currencies will be low. This is dangerous for economic development and the overall health of the economy. The current Vice President, being a lawyer but not trained at all in any aspect of economics including executive management courses in economic development issues, was lost and stressed but maturely took in all that Peter Obi dished out.

To be able to create jobs and grow the GDP on a sustainable basis, the Atikulated Peter Obi, alluded to the need to provide adequate and abundant power which will encourage SMEs and the manufacturing sectors to remain in operation and keep people at work. Having been in office since 2015 and made little progress in providing electric power for domestic and industrial use in the country, Vice President Osinbajo was unable to give any assurances. It did not surprise anyone in the audience anymore because the all-knowing triple Minister of Power, Works and Housing and the beloved of President Buhari a few days before the debate blamed the erstwhile PDP administration for his inability to provide electric power to the nation. However, how the power problem will be tackled has been painstakingly set out in Atiku’s Policy document.

Peter Obi’s performance did not come as a surprise. His varied education that encompassed studies in economic management which he put to good use as Governor of Anambra State brought him out as the best candidate at the debate. It shows that Atiku Abubakar, an astute businessman, entrepreneur and investor has made a good choice of a Vice and together these two men will get the present comatose economy working thus preventing the economic situation in the country from getting worse as recently postulated by President Buhari.

With Atiku Abubakar and Peter Obi in the saddle as President and Vice President in 2019, the doomsday prophesy by President Buhari would be a nullity because Atiku has taken time to study and understand the problems of Nigeria and laid out the solutions in his Policy document. This makes him, a prepared candidate for President, a departure from the past of a succession of unprepared leaders and thus, a breath of fresh air. 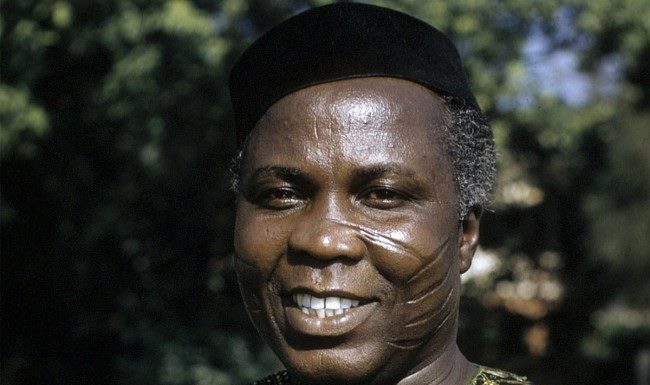 Why The Giant Of Africa Matters . By Margee Ensign

We Should be Kind to  History, Samuel Ladoke  Akintola Betrayed Nobody....