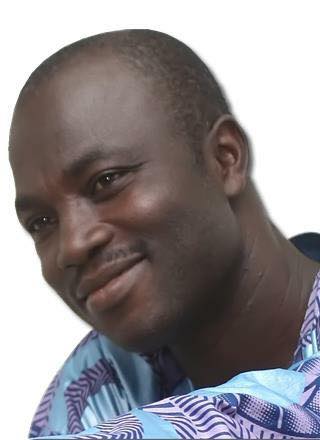 35
SHARES
340
VIEWS
Share on FacebookShare on TwitterShare on WhatsApp

This is just as the institution appointed its first substantive Registrar for the University. She is Olayinka Balogun, an indigene of Igbo-ora, in Ibarapa Central Local Government of Oyo State.

According to a statement released by the University, the new Public Relations Officer is a distinguished writer, a widely-respected information manger and an unsullied performance poet, who is a two-time winner of the Association of Nigerian Authors’ Prize for Poetry.

Lasisi, a former Art Editor of the Punch newspaper, replaces Mr. Femi Babatunde, who held the position of the Public Relations Officer until last September.

“As a response to the problems many people encounter in spoken and written English, Lasisi runs Phenomenal Hub, an online language clinic, through which he diagnoses errors people make and spells out the appropriate phrases or words. In addition to these, he maintains a weekly English language column which covers writing, speech and grammar, with the Punch newspaper”, the statement reads.

Lasisi has five books and five musical poetry albums to his credit, including Right Option English, a grammar book, EkunIyawo (The Bride’s Chant), Iremoje, ritual poetry for late activist, Ken Saro-Wiwa, Ori Agbe, a tribute to Nobel Laureate, Professor Wole Soyinka and Eleleture. Not only has he performed in several countries including Brazil, South Africa and Germany, he has featured at events for corporate organizations like the Ford Foundation, The British Council andthe Goethe-Institut, among others.

With his appointment, Lasisi is expected to bring to bear his diverse and rich professional exposure and competencies in managing the University’s corporate image.

Mrs. Balogun, until her appointment, was on sabbatical leave at Tech-U as the Deputy Registrar/Director, Vice-Chancellor’s Office. She had, before, been Principal Assistant Registrar at the University of Ibadan.

Balogun holds an M. A. (Peace and Conflict Studies) from the University of Ibadan as well as Masters in Industrial and Labour Relations (MLR) from the same institution.

A thorough-bred administrator with nineteen (19) years working experience, she is a professional who always strives for positive results through the application of adaptability, leadership and problem-solving skills. Such interpersonal and leadership strength, which she displayed in her previous schedules, enabled her to optimise performance.  Balogun possesses good communication proficiency in English language and she thrives in high pressure and fast-paced situations. She is desirous of deploying these traits in motivating colleagues to fully buy into the vision and mission of the First Technical University, Ibadan.

Balogun has attended numerous conferences within and outside Nigeria. Among others, she was in Dubai, UAE, for the ‘Employee Relations Best Practices’ conference in 2019; in Durban, South Africa for Digitised Academic Administration (2018); Nottingham University, UK, for the Association of University Administrators Conference in 2015.

Balogun, who has received various commendations for excellent performances on different occasions, is passionate about youth mentoring, counselling and hospital volunteering.

We Will Do Our Best To Make You Happy,Rollanson Odeh Assures Crown FC’s Players

We Will Do Our Best To Make You Happy,Rollanson Odeh Assures Crown FC's Players