He was convicted of a one-count amended charge of obtaining money under false pretence filed against him by the Economic and Financial Crimes Commission, EFCC, Ibadan zonal office.

The offence, according to the charge sheet, runs contrary to Section 1 (1) (a) of the Advance Fee Fraud and other Fraud Related Offences Act, 2006, and punishable under Section 1 (3) of the Act.

The pretense facilitated his obtaining the said sum through iTunes and play gift card.

At the court’s sitting on Tuesday, the EFCC’s counsel, Shamsuddeen Bashir, informed the court that the Commission will be substituting the arraignment earlier filed for the day with a plea bargain.

“My Lord, today was initially for arraignment. But, we were approached by the defendant for a plea bargain agreement.

“In view of this, we have filed an amended charge together with the plea bargain agreement. We therefore, urge the court to accept same and call upon the defendant to take his plea,” he told the court.

When the one-count amended charge was read to him, the defendant pleaded guilty.

In view of his plea, Bashir adopted the plea bargain agreement and urged the court to convict and sentence him accordingly.

The presiding judge then convicted and sentenced Abdulrazak to four months in prison.

The court also ordered that the convict make restitution of the sum he obtained to his victim, through the Federal Government of Nigeria, as well as forfeit items recovered from him to the government. 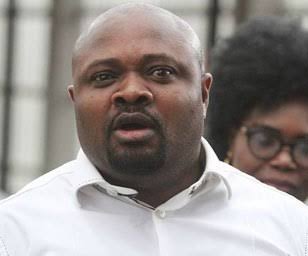