Olaniran says Ngige was already becoming a broken record and lacking fresh response to genuine demands of the Union.

ASUU says it has promised to activate NO PAY No Work anytime government stops her members’ salaries but hinted that the warning strike is more about the failure of Federal government to fully implement agreement it reached with the Union.

Dr Olaniran in a release on the ongoing strike stated that examinations and lectures have been grounded in LAUTECH.

According to him, reducing the warning strike by the government to IPPIS amounted to corruption because according to him, unimplemented Memorandum of Action signed with the Buhari administration is a major reason behind the strike.

Olaniran said lecturers at LAUTECH have stopped lectures, supervision and withdrew their participation at statutory meetings.

The ASUU boss faulted the Speaker of the House of Representatives, Femi Gbajabiamila who claimed ASUU should realise the dwindling resources of the nation and return to work.

The LAUTECH ASUU chairman stated that the National Assembly ordered for the latest car and contributed to capital flight spending billions to purchase vehicles not adding to Nigeria’s development.

“Today, this National assembly will move motion to take care of terrorists and use money generated by conforming Nigerians to train terrorists abroad. But they find it difficult to take care of our institutions. Why is it difficult to fund education? Why must they do everything abroad? It is corruption and because of what they will gain from transacting dollar. We signed MOA with this government and they refused to fully implement it. Our schools are not what they should be. Lecturers are using their blood to run the system but all those in power have their kids trained abroad. This is the wickedness of the principalities ruling Nigeria. IPPIS cannot overshadow our genuine struggle but if FG fails to pay our salary having worked we have activated the NO PAY NO WORK.” 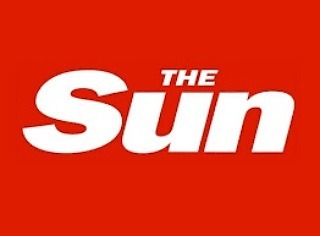 The Sun Newspaper Management Reacts to Invasion of Office by EFCC