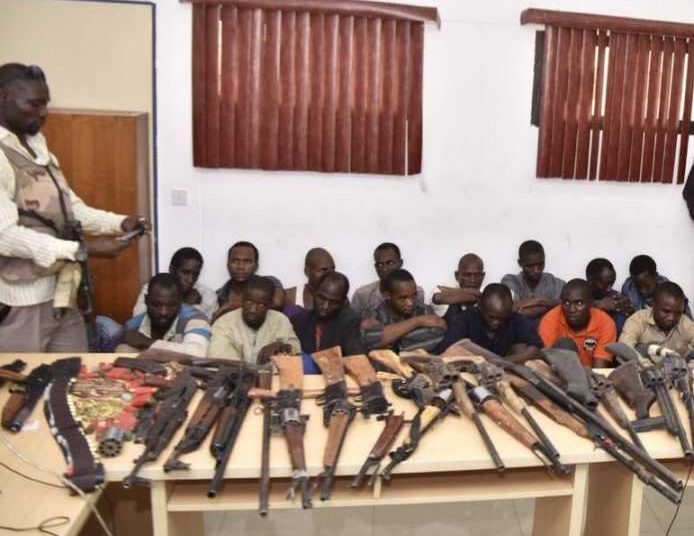 the suspects and the recovered firearms recovered from the , photo source www. thecable.com

17 suspects involved in the recent killings in Kafanchan, Kaduna state were on Thursday paraded by Nigeria police

Jimoh Moshood, police spokesman while briefing journalists on Thursday in Abuja said  29 assorted firearms were also  recovered from them.

According to a report obtained from www.thecable.ng Jimoh explained that the suspects were arrested after discreet and sustained investigation, adding that they would be charged to court on completion of investigation.

He added that the inspector-general of police assured communities in Southern Kaduna of adequate security and protection of their lives and property.