Lagos State Government, on Thursday, reacted to criticisms that trailed its online public opinion poll on another lockdown, explaining that the outcome of the polls slated to end tomorrow, Friday 15th May, 2020, will not be the only determinant of the final decision of the government on the Statewide lockdown.

The State government, through three of its social media platforms, namely; Twitter: @followlasg, Facebook: Lagos State Government and Instagram: @lagosstategovt, on Tuesday, 12th May, 2020, instituted a poll to determine the perspective of members of the public on the possibility of another lockdown of Lagos.

Speaking on the polls, the Permanent Secretary, Ministry of Information and Strategy, Mr. Olusina Thorpe said that the initiative was introduced as part of the inclusive strategy of the Governor Babajide Sanwo-Olu led administration to carry the masses along in Governance and also entrench participatory governance.

According to him, other factors would be considered by the State government before a final decision is taken on either imposing another lockdown or not in the coming weeks.

While analysing the results of the polls so far, Thorpe said that the closeness in the number of Lagosians who are in support of another lockdown compared to those opposed to the imposition of a fresh lockdown shows the controversial nature of the issue.

In his words, “Yes, we agree that the decision of the government on another Statewide lockdown should not be solely based on the outcome of the polls but the criticisms that had trailed the issue would make the government feel the pulse of the masses being governed”.

The Permanent Secretary averred that with the wide exposure of the masses to the social media, the value of online survey cannot be undermined in the decision-making process, especially when such decision affects the populace, hence the need to also know what the masses feel about the issue of the lockdown.

Reacting to the views of some social media influencers on the polls, Thorpe called for patience with the State government, assuring Lagosians that whatever decision is taken by the Governor would eventually represent the views of the majority, especially the vulnerable members of the public.

While commending Lagosians for expressing their views through the social media platforms, the Permanent Secretary appealed to all residents of the State to continue to obey all safety and precautionary measures already reeled out by the State government and other relevant health officials.

Recall that Governor Babajide Sanwo-Olu recently decried the disposition of some residents who consciously disregarded the social distancing and other guidelines issued by the Nigeria Centre for Disease Control (NCDC) and health experts. 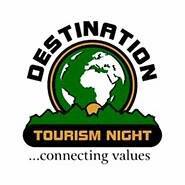 Why Makinde Turn Down Quest to Bury Ajimobi in Agodi GRA

World Cup : Every Goal scored by Messi or Neymar Attracts 10,000 Meals for School Children from Mastercard

Over 80% of drugs in Nigerian Market are Imported – PSN