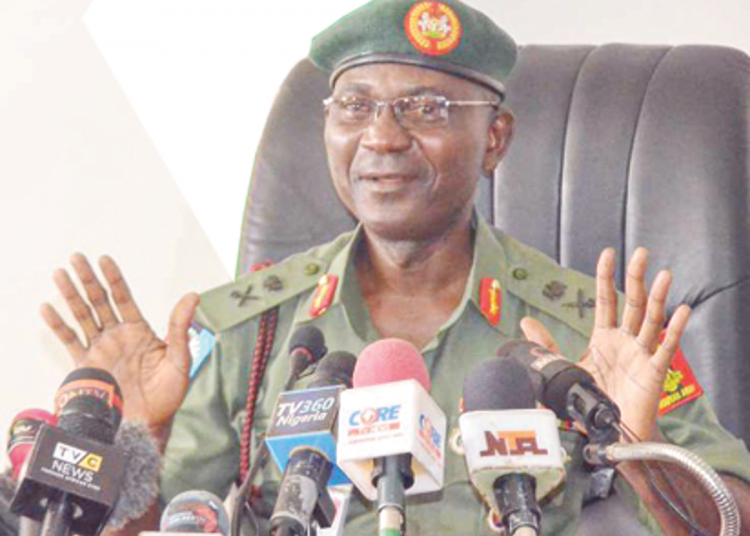 902
SHARES
5k
VIEWS
Share on FacebookShare on TwitterShare on WhatsApp

The Coordinator of Defence Media Operations, Major General John Enenche who disclosed this in a statement on Monday said that the Air Task Force destroyed some ISWAP structures, including a suspected fuel storage facility at Tumbun  Allura and a terrorists’ logistics hub on the fringes of Lake Chad in the northern part of the state.

Major General Enenche explained that the air raid was executed on Sunday on the heels of credible human intelligence reports, as well as aerial surveillance missions.

According to him, this led to the identification of a command post and a suspected fuel dump, with a large number of jerry cans and barrels concealed in makeshift structures within the settlement.

“The Nigerian Air Force (NAF) attack aircraft, dispatched by the Air Task Force to engage the location, scored accurate hits in the target area, resulting in the destruction of the terrorists’ fuel dump, which was seen engulfed in flames.

“Several ISWAP elements were also neutralized as a result of the air strike,” the statement said.