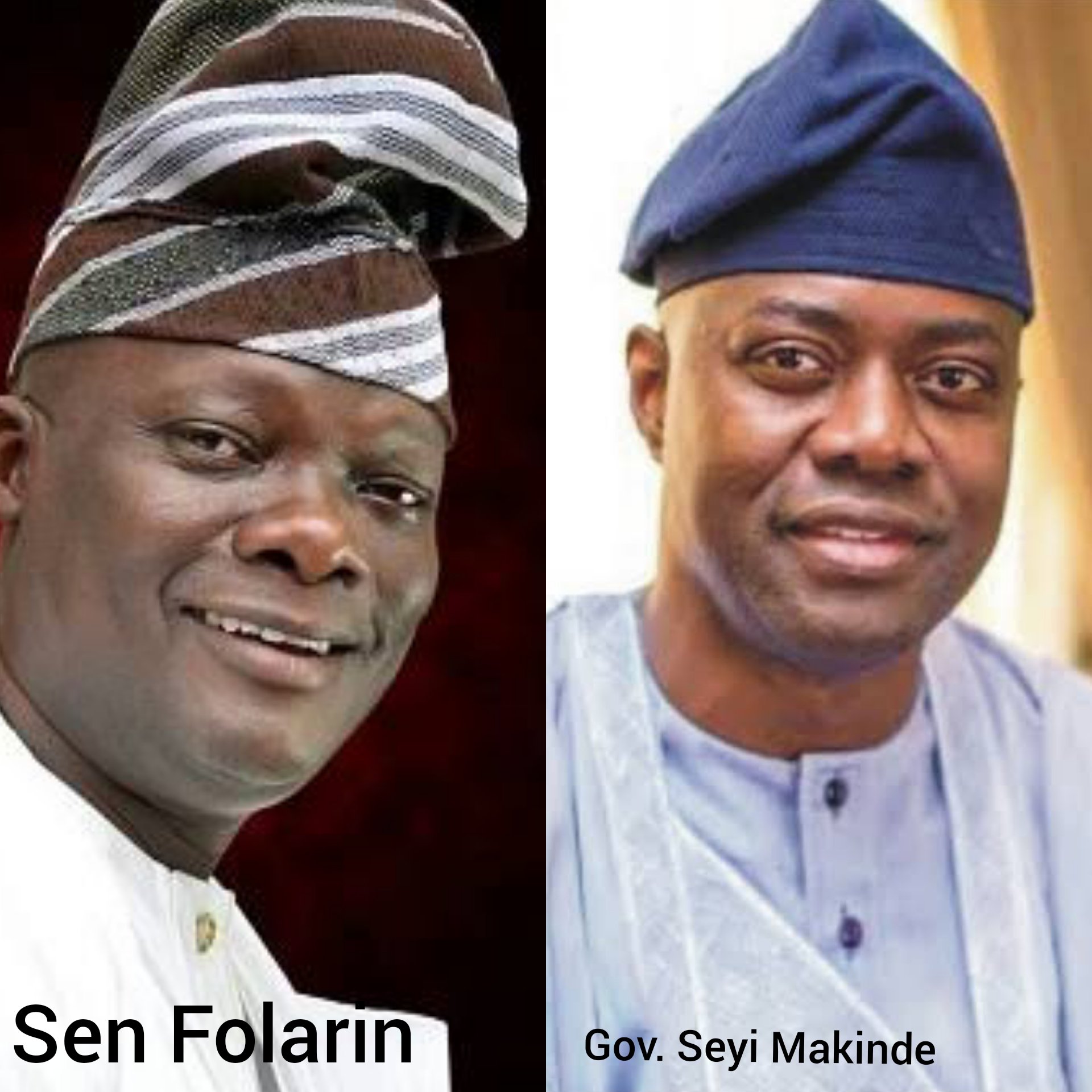 70
SHARES
326
VIEWS
Share on FacebookShare on TwitterShare on WhatsApp

Adisa, who was reacting to comments credited to Folarin while speaking on a radio programme in Ibadan on Tuesday, said that the Senator needed to respect his person and office by refraining from using words like “dangerous” and “irresponsible” to describe actions of a popularly elected governor.

The statement read: “Those who have closely watched the actions of Governor Seyi Makinde since the outbreak of the Covid-19 pandemic would realise that the governor’s steps have been informed by logic and scientific realities.

“When everyone was clamouring for total lockdown, he resisted and went for a curfew and what is called partial lockdown. He closed the schools, worship centres, government offices and non-essential markets. He insisted that those who work at night or patronise night clubs are more at risk of spreading coronavirus.

“He insisted on getting a scientific lid on the behavioural patterns of the virus in the community by conducting massive tests. Right now, his state has embarked on initial massive testing of 2,000 persons while another 10,000 persons would be tested during the upcoming community testing exercise.

“He also directed the compulsory use of facemasks, while markets are directed to put in place hand washing spots and maintain social distancing.

“With the acclaimed partial lockdown, residents of the state are able to find food in the daytime, while farmers are also able to go to their farms. Don’t forget that this is the beginning of planting season and the fear of food insecurity should be of concern to any forward-looking government.

“We are pleased that the Federal Government has now adopted some of the Covid-19 containment strategies of Governor Makinde, with the relaxation of total lockdown and the commencement of curfew that it announced would kick start on May 4.

“Now that the above would be the reality in Abuja, where Folarin resides, he should be graceful enough to apologise to Governor Makinde and swallow his words.”

Adisa declared that Folarin has equally sold himself out as an enemy of the people by criticizing President Muhammadu Buhari’s speech in which he relaxed the lockdown in some states, noting that it was clear the senator was interested in seeing people pushed into more hardship and frustration.

“It is apparent that rather than think of the general well-being of the people of Oyo State, Folarin’s concerns were merely informed by political considerations, an anathema in an era as this, when all hands should be on deck to solve the present danger to human existence called Covid-19 Adisa said.