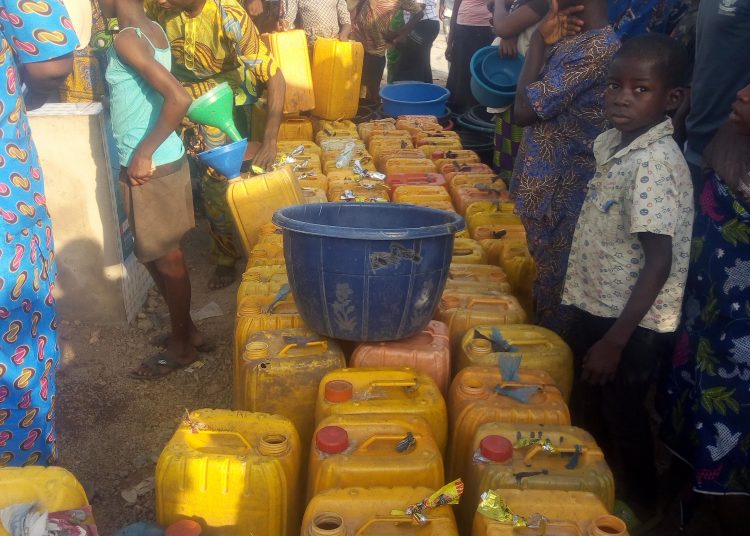 There was a wild jubilation in Elekokan community on Tuesday as Senator Abdulfata Buhari, Senator Representing Oyo North Senatorial District relieved them of acute water scarcity with a donation of 4 unit motorized solar borehole . 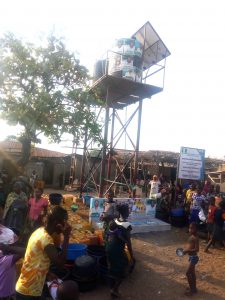 Elekokan is a community  between One Ogun and Ibarapa zone of Oyo state.

The borehole is among the 13 borehole facilitated for 13 communities in Oyo North Senatorial District.

They said that they paid as much as N80.00 for 25 litres of water from neighbouring community which is about 4 kilometre away from their community.

A community leader Alhaji Abdulrasaq Salawudeen told our reporter that ” Every family have a well by the only River that pass through the town and that has been the only source of water for the people, We are happy to have this, one was done by Shina Peller but it is not as big as this, this will definitely reduce our suffering” He submitted

We have been having promises from politicians and that have been failing but Senator Buhari has proven to be a true lover of the masses , Omoluabi to the core who did not only promise but also fulfilled it within stipulated time, we are expecting more and we will also support him

Speaking at the commissioning , Senator Buhari said borehole was part of his campaign promises to the people of the community when he visited them in 2015 during the electioneering campaign

While urging them to vote for All Progressives Congress in the forthcoming election, the Lawmaker said supporting continuity of APC’s government will afford them the opportunity of having basic amenities and other benefits that will enhance their socio-economic life.

Bubari who is the chairman Senate Committee on ICT and Cybercrime also commissioned borehole in Isalu Iseyin, Okaka and Ilua in Oke Ogun area of Oyo state

ZLP Authenticates Rotimi Ajanaku’s Candidacy As He Gets Party’s Flag.

ZLP Authenticates Rotimi Ajanaku's Candidacy As He Gets Party's Flag.