Developing the likes of Steven Jobs, Bill Gate, Philip Emeagwali and many other gurus in the computing and communication world were projection of Senator Buhari Abdulfatai when he considered facilitating e-learning and digital capacity building facilities to secondary schools in Ogbomoso and Oke Ogun.

His projection is beyond educating the younger generations with the basic knowledge of computer but to get them to a level where they can develop applications and other computer related appliances that will make them become great and renown like the names mentioned above and that is why he has been consistently facilitating ICT centers to secondary schools and tertiary institutions in the state.

The solar powered ICT center   from Nigeria Technological Development Agency NITDA is equipped with computers, e –learning facilities and internet connectivity which provides universal access to information technology with the period of one year free access.

In the last  one year, the federal lawmaker representing Oyo North Senatorial district at the upper chamber of the National Assembly have facilitated over  50 ICT facilities for schools in his constituency and this unprecedented record from a rare gem is an uncommon feat because its goes beyond immediate needs of the benefiting communities and the people.

Some schools of thought are of the opinion that “The greatest illiterate of the 21st century is he or she who has no knowledge of computer”. For anybody to be fit into the current trend in the world now, such person must be computer literate because that is one of the basic  needs at the point of entry of any jobs  or involvement in all sectors  even farming.

Buhari Abdulfatai is a politician but, one with a unique character and penchant to genuinely serve his people, his foray into politics is not because he lacks what to do or how to make headway in his auto business but he believes one of the way to make a change in the world is to be part of that system and positively contribute to the development of not only the system but the people and he has never been found wanting in that regards.

Senator Buhari’s electoral progression has been attributed solely to the his outstanding performance being rewarded by the people, in the history of Oyo North, he is the first lawmaker to break the jinx of second term and the only way to keep retain success is more work, he has been consistently been working to fulfilled his electoral campaign and make Oyo North one of the best in the state.

Students of benefitting secondary schools In Saki, Ipapo, Otu, Iganna, Ayetoro Oke, Igbope, Tede, Iseyin, Ogbomoso  and many others wouldn’t have wish for a better representative at the upper chamber of the National Assembly than Senator Abdulfatai Buhari, a man who included them in his plan by putting up a facilities that will shape their future and help them to fit into the system.

At the commissioning, Senator Buhari told the students how he rose through the grass as a son of a pap seller (Iya Eleko) to the grace, an international businessman and a Federal lawmaker, he urged them to make use of the facilities in their studies and prepare them for the computer based exams which is commonly being used for entry exams like JAMB, Post UTME and others.”

“Your phones can connect you with friends and family but your computer will make you great if you make use of it to advance your studies so that you can compete with  people from other part of the world  without any fear and the greatest joy I will have is seeing you in the nearest future telling me how the computer has influence your life to  be great”.

Representatives of the students who spoke on behalf of their colleagues commended the Senator for the gesture and promise to make use of the facilities to enhance their studies .

others said the ICT centres Facilitated by Senator Buhari is a timely intervention which will enhance students knowledge about computer as well as prepare them for exams such as JAMB, WAEC and others.

Various speakers at the Commissioning program including traditional rulers, School Governing board, Old Students association as well as Parents lauded Senator Buhari and the Federal government for the support.

Apart from the digital capacity building facilities, Senator Buhari also facilitate School buildings, Solar powered bore hole, and others for communities  in the senatorial districts and he promised to do more

Conclusively, potentials like Bill gates and others are likely to emerge in the future from Oyo North Senatorial district as the gesture will go a long way in influencing their carriers and fuel their passion in the digital world. 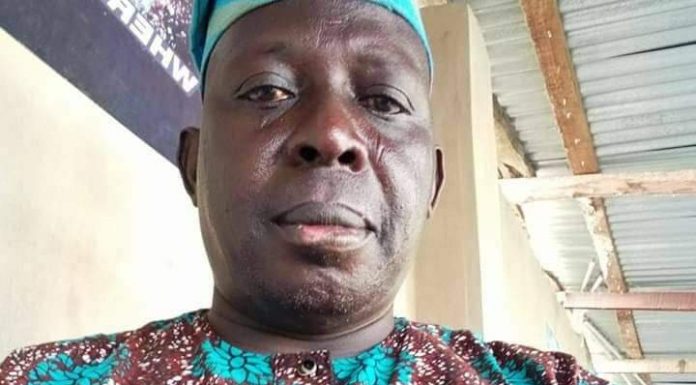 Senator Buhari Sympathises With Iseyin Over Death of Akodudu

21 obas in Ibadan: Ploy to impose self-choice governor in 2019 by Ajimobi-Ibadan Professionals

Procedure for Transferring Your Voting Registration

REVEALED: How Buhari’s 103 days in London cost Nigeria a fortune-...