Senate Leader, Ahmad Lawan, on Friday, consolidated his campaign for the position of Senate President with the launch of proposed legislative agenda titled “A National Assembly That Works for Nigeria”.

He anchored the agenda on three major vision of improving institutional capacity and capabilities of the Senate for effective performance; legislative Interventions for good governance and other areas of concern which include independence of the legislature.

Lawan emphasised the need to develop strategies which will build public confidence in the Senate through public engagement, stressing that the public perception of the role, value and contributions of the Senate to nation building needs to improve.

While recognising the principle of separation of powers, he stressed the need for collaboration and cooperation with other arms of government to deliver on legislative goals for improved governance of the country.

According to Lawan, the agenda has two components of involving the legislative reforms to improve performance of the Senate and focusing on engaging with other arms of government to achieve robust legislative Interventions, institutional reforms and national development.

Objectives of the agenda, he said, including repositioning the Senate to carry out its constitutional duties of legislation, oversight and representation in an open and transparent manner, taking legislative action to recover improve national economic conditions, public finance management and National security architecture and to reduce poverty, unemployment and infrastructure deficits.

He promised that the Senate under his leadership will be a united institution which will ensure inclusiveness, justice, fair play and respect for all political parties represented in the Senate. In pursuit of these objectives, Lawan said “the 9th Senate will work with the House of Representatives and State Houses of Assembly to pass bills that support government reforms efforts”.

The agenda unveiling programme was attended by APC candidates for House of Representatives Speakership position, Hon. Femi Gbajabiamila and his proposed deputy, Ahmed Idris Wasse and impressive number of elected Senators of the APC and five PDP elected senators. In another development, Senator Kabiru Gaya, representing Kano South, gunning for the position of Deputy Senate President, has thrown his weight behind the candidacy of Lawan. Addressing the press at the unveiling event, he insisted that the APC has not zoned the Deputy Senate President position and that he is qualified to contest the position. He disproved the argument that the Deputy Senate President position should not go to his North West zone, having zoned Senate Presidency to North East.

However, the former governor of Kano State said he will be willing to abide by the party’s decision should Deputy Senate Presidency be zoned to any other zone. 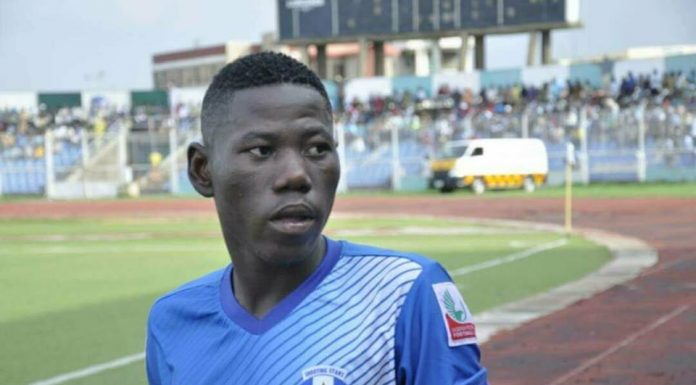 EKSG Will Not Discriminate Against Any Group – Fayemi

June 12: Adeyeye Flays Fayose Over Reaction, says He is a...