Sometime in February, I was having a conversation with someone who wanted me to provide a date in March for an event at which I was meant to be the Guest of Honour. I told the person that I would not be able to give any dates before May. To prove my point, I took out my phone and showed my guest what the months of March and April looked like on my phone. He shook his head in sympathy. I then gave a tentative date in May and advised him to confirm as soon as possible because even May was almost full. I also had chunks of time blocked out for each month of the year for engagements at home and abroad. Then COVAID 19 struck and the world started to grind to a halt. I woke up this morning, and clicked on my revised calendar for March. It was blank, save for a Zoom Virtual Meeting. I opened up my notebook and checked my list of tasks for the day. Just one. ‘Clear out closet’.

Last week, I wrote about being in the US and praying that I would not be stuck there after President Donald Trump announced a ban on flights from Europe. I heaved a sign of relief when the UK was excluded from the initial number of countries, only for me to start fretting when the UK was rightfully included in the ban forty-eight hours before I was scheduled to leave. I got a message from British Airways on my phone and almost panicked before I had even read the message, which was to simply advise me to check in online and look out for further information about my flight. I made it to London okay. My flight arrived Heathrow at 11am in the morning. I had planned to spend the rest of the day and the day after meeting up with friends and family in London and popping into some shops. By the time I arrived in London, the city was beginning to shut down, and was in such chaos that I decided to head back to Nigeria. I tried to change my flight so I could get back to Lagos a day earlier but there were no seats. So, I stayed in my hotel room at Sofitel, Heathrow Terminal 5, right from the time I landed on Tuesday morning till it was time to leave on Thursday. I figured that the cost of paying for room service would be much cheaper than picking up a nasty virus from the restaurant or buffet service, so I ate all my meals in the room. When one of the hotel waiters brought my dinner to the room on one occasion, he told me that Terminal 5 might have to close, and the hotel along with it. He was Spanish, and my heart went out to him to see the fear on his face and hear the worry in his voice.

When I landed at Murtala Mohammed International Airport on Thursday evening, I could barely control my sighs of relief. The airport was hot and unaccommodating as always, but I did not care, I was home. The usual courtesies extended to VIPs of being met by Protocol Officers had been suspended. We all had to file into the immigration hall for necessary checks, and I noted that this was a good thing. All protocol officers had to wait for us at the immigration hall. There should be no allowances for ‘big people’ at times like this. I had already filled out my contact tracing form when I was on the flight. I wrote out my full name, address and telephone number. I gave my own details, not that of an aide. Apparently, many people have given fake contact information on the forms, for fear of being tracked down by thieves and kidnappers. Considering the country we live in, these fears are not unfounded. However, these are trying times, and if there is a chance any of us have been exposed to a deadly virus, we do need to be reached to alert us of the dangers to ourselves and the potential for us to endanger others. My temperature was taken, as well as my photograph. My passport was stamped and I was free to go. I was not given any direct advice on self-isolating for 14 days since I had just returned from a high-risk country or a number to call should I develop symptoms. Perhaps this has now been put in place, but as of Thursday March 19th when I arrived this was not the case. Since the National Center for Disease Control (NCDC) in Nigeria had by then issued directives on self-isolation if arriving from certain countries, and I know the responsible thing to do, I have been in self-isolation since I got back. In the over thirty years we have been married, my husband and I have never slept in separate beds if we are home together. The fear of Coronavirus has changed that for now. For the past five days, apart from my husband, I have only seen and spoken to two people in person. I have daily tasks. I read. Check social media platforms. Write. Make calls. Watch TV. Work on correspondence. Yesterday, I had put down my main task as ‘Finalise manuscript’. I worked all day and finished the task. Today my task was something I have been procrastinating about for the past six months. I cleared out my closet. I thought it would take at least four hours and that is why I have been putting it off. It took less than an hour. For a foolish moment, I was almost angry that I had completed what was meant to be such a humongous task!

Last week the infection rates across Africa were around 100 in 11 countries. Now there are over 1,000 infections in over 30 countries with rising fatalities. The now famous ‘social distancing’ that is meant to protect people from infections is meaningless in communities where people live with so many others, and where essentials such as water, food and cleaning items are luxuries. Apart from the dire and obvious problem of poverty, some of the main challenges we continue to face are disobedience and ignorance. When people who are supposed to know better continue to endanger themselves and others, we truly have a crisis on our hands. No nation wants to cripple its own economy. No leader wants to be held responsible for a total collapse of economic, social and political systems. No adult wants to be told to stay home and not go out for days on end. Yet these things have to be done when there is no choice. There is a proverb in my language that a child who does not have a mother does not develop sores on his/her back. Only a mother has the time and patience to nurse you that intimately.

Here on the African continent and in Nigeria where we have such scarily fragile healthcare systems, obedience is better than sacrifice. Our governments have limited financial resources to come to our aid. We have no ‘mother’ to nurse our sores, we are on our own. Sadly, this COVAID 19 pandemic will place even more burdens on women in particular who always bear the brunt of care giving, household and community responses. Women who have some respite during the day from violent partners are now cooped up with them for twenty four hours. Our Federal and State governments have tried with providing information and some resources for sensitization, tracking, testing and treatment, but a whole lot more is needed. As many citizens have pointed out, the health facilities we have in place, in whatever shape or form, will now be used by everyone, since no ‘big people’ can fly out for treatment at the moment. This means our leaders will be forced to invest more significantly because you never know who might end up needing to use a hospital bed or ventilator.

I have eight days to go. Did I say now is not a time to mock anyone? I take it back. When my self-isolation started my husband teased me non-stop, calling me ‘Madam Coro’. Last night he had to go into self-isolation because he has been exposed to two confirmed cases. Now it is my turn to tease him! I also told him that the isolation center in our State had better be a good one in case we both end up there. May our land be healed and may affliction be far from our homes.

Bisi Adeleye-Fayemi is a Gender Specialist, Social Entrepreneur and Writer. She is the Founder of Abovewhispers.com, an online community for women. She can be reached at BAF@abovewhispers.com 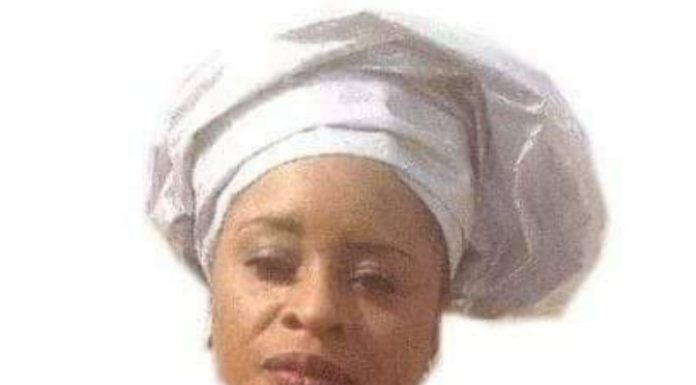 You Can’t Impose Your ‘Yesmen’ on Us , ADC Group Tells Ladoja, Koleoso

Garlands for Atiku at 72