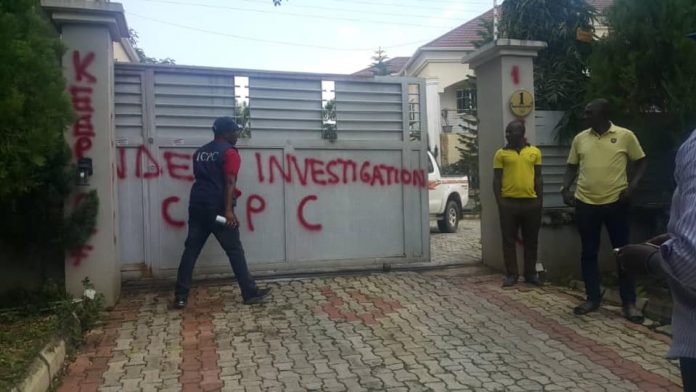 The Independent Corrupt Practices Commission has debunked a report on social media claiming that the sealed properties of the Nigeria Football officials have been unsealed.

The spokesperson of the anti – graft commission, Rasheedat Okoduwa, debunked this rumour in a telephone interview insisting that houses of the president of the Nigeria Football Federation (NFF), Amaju Pinnick and the second Vice President, Shehu Dikko’s houses remain sealed.

Recall that Dikko’s house was sealed on Friday morning, before officials of the ICPC again proceeded to seal Pinnick’s mansion in Park view Estate, Lagos, in the afternoon. Okoduwa said, “Our work is still ongoing.

We have seized those properties and other ones. The full list on Dikko’s seized properties will be available tomorrow (Monday). The one for Pinnick and two other characters are already available. But our investigation is ongoing. “Both Dikko and Pinnick’s sealed properties remain seized.

If the seals are removed, those that did that are not our officials. We are investigating something about them. What they have is in excess of what they have earned.” In a similar development, Rashidat Okoduwa also false a reports that President Muhammadu Buhari’s Chief of Staff, Abba Kyari, was the one influencing the ICPC’s investigation.

An online report earlier claimed that the NFF officials lobbied Kyari to stop the investigation. But the ICPC spokesperson said, “If we are continuing with our work, including enforcement action, then I don’t see any influence in that regard.

“If we are going ahead with our work, then there is no credence to the allegation. Our action shows that we are independent in the investigation.” On allegation that the anti-graft agency didn’t get any court order before seizing the properties, she said,

“There are different instances that warrant getting court orders. To seize, our (ICPC) Chairman has the power to do so according to our law.” 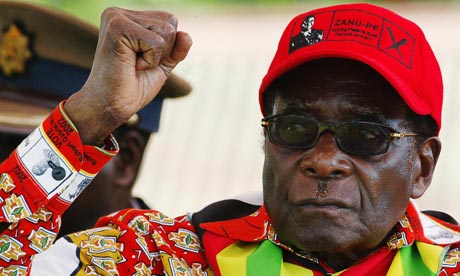 Ajimobi is Aware of my Gubernatorial Ambition- Alao Akala