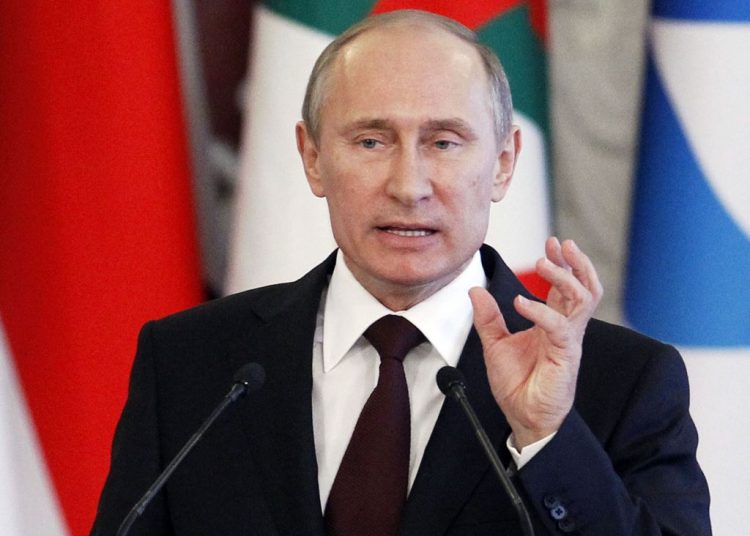 Result of the opinion polls  according to http://www.abc.net.au shows that  he will win comfortably, setting the stage for him to extend his dominance of Russia’s political landscape into a third decade.

The 65 year old president has been in power, either as president or prime minister, since 2000.

If he wins what would be a fourth presidential term in March, he would be eligible to serve another six years until 2024.

It would make him the nation’s longest-serving ruler since Soviet dictator Josef Stalin.

“I will put forward my candidacy for the post of president of the Russian Federation,” Mr Putin told an audience of workers at a car-making factory in the Volga river city of Nizhny Novgorod.

“There’s no better place or opportunity to put my candidacy forward.

“I’m sure that everything will work out for us.”

Blue-collar workers and state employees form the core of his support base.

Mr Putin is lauded by allies as a father of the nation figure who has restored national pride and expanded Moscow’s global clout with interventions in Syria and Ukraine.

While next year’s election in March is devoid of real suspense about who will win, what follows is more unpredictable as attention will turn to what happens after Mr Putin’s final term — under the current constitution — ends.

There is no obvious successor, and many investors say the lack of a clear succession plan, and likely jockeying for position among Russian elites for dominance in the post-Putin era, is becoming the biggest political risk.

If re-elected next year, Mr Putin will have to choose whether to leave Dmitry Medvedev as Prime Minister, or appoint someone else.

That decision will trigger a round of intrigue over the succession, as whoever holds the prime minister’s post is often viewed as the president’s heir apparent.

The Upper House of Parliament is expected to give the formal start to the election campaign later this month.

Woman in Police Net Over Attempt to sell Twins at N350,00

Woman in Police Net Over Attempt to sell Twins at N350,00