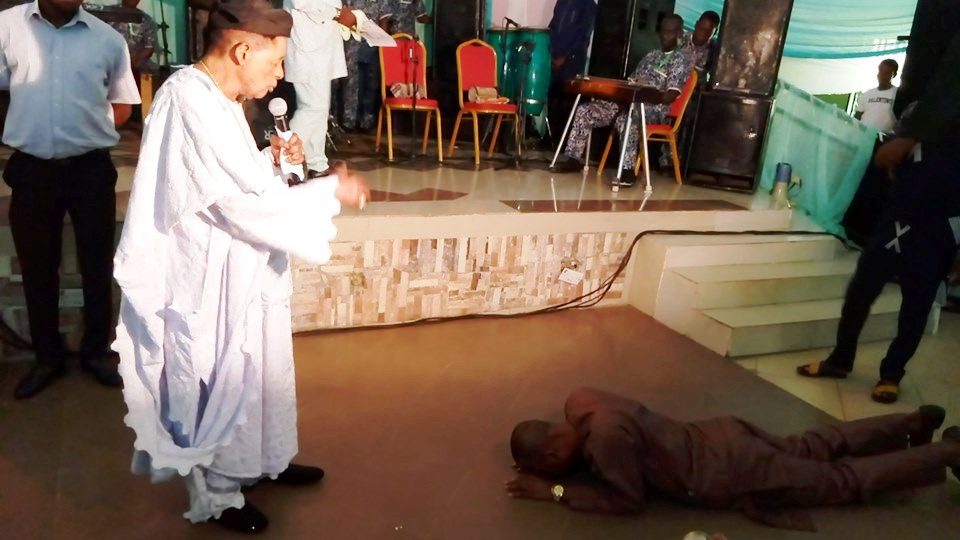 Alaafin said, I  do enjoy your music, you are using it to promote Yoruba  language, God will continue to promote and bless you beyond your imagination”

While Alaafin was praying, RK1 came out to postrate before the king to receive the royal blessings which lasted for about five minutes

“ The blessings of Alaafin worth more than what money can buy because it is genuine and I know it would manifest , I pray that Baba live long and continue enjoy his reign”.