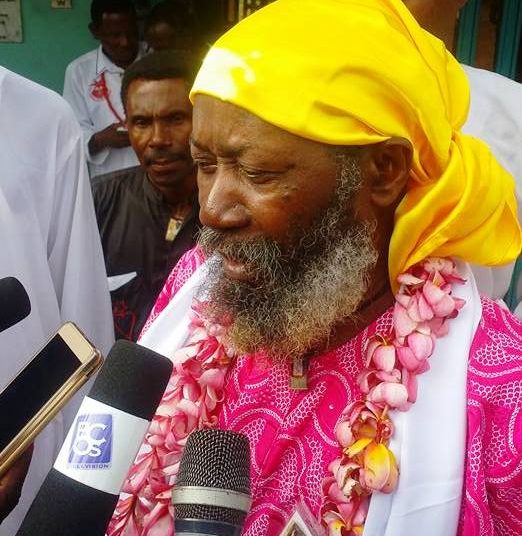 134
SHARES
3.1k
VIEWS
Share on FacebookShare on TwitterShare on WhatsApp

Satguru MaharajJi, the founder of One Love Family has dragged the CP Nwachuckwu Enwowu and two others to an Oyo State High Court over infringement on his fundamental rights.

Maharaji and four others had on Wednesday, approached the court to seek an order to enforce their fundamental rights.

Among other applicants in the suit number N/560/202 filed at the State High Court are Mr Segun Adeyeye, Marhadili Igbeledun, Kedienhor Galapoo and Okolo Igbu.

The applicants are seeking from the court an order to retrain the respondents from infringing the right of the applicants on a matter which is civil by giving the same criminal coloration.

They are seeking an order to restrain the 1st and 2nd respondents from harassing, intimidating, inviting/or being used as agent to dablled into the land matter which was civil in nature.

The applicants also demanded a sum of
N50million only as damages for the persistent wrong harassment and intimidation of the applicants by the respondents.

No fewer than four followers of MaharajJi were injured when the MaharajJi village was invaded by some suspected land grabbers.

The suspected land grabbers were reportedly aided by the police who beat and injured some of the followers of MaharajJi working on the farmland.

MaharajJi had on July 7, addressed a news conference at his village along Lagos-Ibadan expressway, calling on the intervention of government.

He called on President Muhamadu Buhari, Gov. Seyi Makinde and Inspector General of Police to intervene on the issue before it degenerated to something else as well as get out of hands.

UNILAG VC Debunks Removal, Says ” I am still in Charge”