Resumption Of Players ; Sign Of Commitment, Focus And Dedication 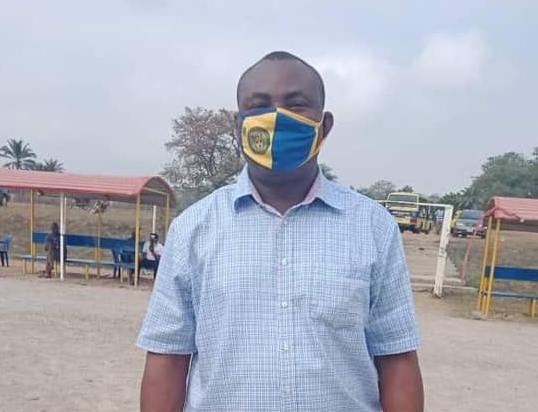 683
SHARES
5.5k
VIEWS
Share on FacebookShare on TwitterShare on WhatsApp

After the celebration of the festive periods , Crown Football Club Of Ogbomoso resumed training this morning, Monday 4th January, 2021 at the Maracana Stadium, Lautech.

The Acting General Manager of the team, Mr Oyeleye Oyekunle, with other members of the management who were in attendance to welcome the players and as well see the boys as they were being tutored by the technical crew appreciated the players for the commitment which they have shown by resuming as mandated.

The former Administrative Secretary equally charged the players to key into the team plan for the season and be COVID-19 compliant.

” We bless God for bringing us together in the new year 2021. I will be an ingrate if I fail to thank the Executive Governor of Oyo State, Engineer Oluwaseyi Abiodun Makinde, for always prioritizing our welfare.

” The Commissioner For Youth and Sports Development in the state, Asiwaju Seun Fakorede, and his team in the Sports Ministry have been so wonderful and a blessing to Crown FC.

” While commending your commitment by resuming as mandated and your business minded attitudes on the pitch this morning , I want to charge you to be professionally focused towards achieving the set goals , aims and objectives set by the club ahead of 2020/2021 season.

” The only way to reciprocate the good gestures of the Governor is by paying back with desired results and gaining promotion to the elite division. You have done it before and I believe you will do it again this season.

” Covid-19 is real and I plead that you comply with all the rules as stipulated by the National Centre For Disease Control (NCDC) and other relevant authorities.

” I appreciate the technical crew for always rising to the occasion. We have very limited time and I believe they are equal to the task ahead of new 2020/2021 Nigeria National League (NNL) season which is slated to kick off on the 16th January,2021.

” This season will be a glorious one for us”, the former Media Officer said.

The captain of the team,Mr Adeniyi Adejare, who spoke on behalf of the players thanked the management and pledged that the players will be more dedicated and focused to ensure the team gains promotion.

“We thank the management for always living up to expectation by meeting our needs as at when due. On our own part, we will put in our utmost best to ensure we play in the Premier league come next season by the special grace of God. Though, like Oliver Twist, we expect more welfare packages from you which we believe the Lord will help you to do it”.

Earlier before the commencement of the training, Coach Waheed Bello, Assistant Coach , who headed the training session this morning thanked the players for resuming early and charged them to be more hardworking to ensure the team gains promotion this season.

The Team Manager,Mr Monsur Suleiman, in his own words felt a bit disappointed in the few of the players who were yet to resume.

” I glorify Almighty Allah for ushering us into 2021. I pray this year will be a very glorious years for us all.

” To be candid I am disappointed that few of the players are yet to resume. I see no reason whatsoever for not being here with us. Though , I received calls from them and I must tell you as I told them that their excuses are flimsy.

” One thing I want all of you to know is that football is team work. There is no best player in the team. Every player here can play at any given opportunity so nobody should put up a high shoulder because you are opportune to play.

” We have no time to waste at all. The late comers will be sanctioned appropriately according to the rules of the team on resumption.

” I urge you to be more prayerful and tolerant of one another. Love and care for one another, that’s the spirit.

” This season will favour us more than ever before Insha Allah”, Ojotoro as the TM is fondly called, submitted.

Crown FC will continue with the team preparation ahead of NNL season at the Maracana Stadium, Lautech, Ogbomoso.

AJULO REPLIES BUHARI, “The Doctrine of Reward & Punishment is an Indispensable Tool for Social Engineering and Nation Building