The on-going polemic vis-à-vis the quit notice by the Arewa Youth to the South Eastern residents in the Northern parts of the country to relocate to their home base shortly has brought to the fore, once again, the convoluting character of Nigeria’s federal arrangement. Worse still,despite acting President Yemi Osinbajo’s warning against hate speeches and threats from any part of the country, a coalition of Niger Delta militants has insisted on its quit notice to northerners’ living in the oil-rich region too.  What a dilemma!  Whatever divide one may be the mere fact that since 1954 Lyttleton constitution which laid the foundation for classical federation for Nigeria, Nigerians are still discussing whether they want to live together peacefully or otherwise is a source of serious concern.  No doubt, it is a failure of national integration efforts since independence.

One fundamental concern of federal scholars is the absurdity of federal solution in Nigeria which has incapacitated the polity and greatly hampered federalism and national cohesion in Nigeria.  The quit notice threat whether it is an empty one so to say or real calls to question the capability of the political elite to manage a polity as ethnically diverse as Nigeria.  At the beginning of the 1960s, there were over 3,000 ethnic groups in the world; about 1,000 were represented in Africa and about 445 in Nigeria!  In that wise, Nigeria has a relatively unique problem of achieving solidarity in action and purpose in the midst of hundreds ethnic nationalities where justice reigns.  This uniqueness creates unique problems unknown to the experience of other peoples in the world. No western or eastern civilization has ever evolved a political system that can cope with this gigantic problem of hyper-ethnic instability syndrome. This is calling to question the capability of Nigerian rulers their commitment to achieving what ‘Napoleon could not’.

It is rather unfortunate that both public policy makers and ruling elites in Nigeria do not sufficiently appreciate magnitude of the problems at hand.  Since 1954, the federal system which is older than the state that got independence in 1960 is still far from being crises-free and national cohesion continues to be elusive.  Nigeria’s ethnic make-up still remains what J.S. Furnival calls “in the strictest sense a medley (of peoples) for they mix but do not combine”.

Thus, the Nigeria ‘project’ remains questionable despite years of federal practice.  According to The Economist (19-25 June, 1999), “Nigerians have no common vision of a nation-state called Nigeria, no sense of citizenship.  The name and football team are about the only things that unite them.  Even the footballers, however, brilliant individual players though do not work as a team.  It is the same with the country.  More than 56 years of flag independence, the country still totters on as a toddler, often pulled down by joint identity and integration crises.  To discerningobservers’ consternation, Nigeria’s federalism has remained fragile, almost impossible.  This is largely due to successive administrations that have always been permanently assailed by curious depressing distribution crises triggered by a dubious formula for the sharing of national benefits. The fiscal arrangement which is no doubt one that is robbing Peter to pay Paul has always been a source of destabilizing force.

Be that as it may,  the Nigerian story is a long stretch of political narratives that do not inspire hope for the future (in the words of Tunji Olaopa).  Akin Mabogunje too, a distinguished Professor similarly averred that the atmosphere of the last two weeks has been so charged that one can be forgiven for wondering if we were back in those heady days of 1966, that presaged the 30-month agonizing unforgettable  civil war.

If the federal arrangement is to be re-invented, the first step is to devolve powers to the two-tiers of government – states and local governments- the present structure is too centralized which was even exacerbated by the military interregnum for decades.  What we need today is a non-centralized federal system, in which state governments are politically virile, legislatively strong, financially resilient, and indeed constituted into self-confident and self-assertive centres of respect by the political loyalty from the citizens they served and over whom they exercise authority. The story is the reverse in contemporary Nigeria safe for few states with buoyant Internally Generated Revenue (I.G.R.) that guarantees financial sustainability.

Nonetheless, the problematic nature of Nigeria’s citizenship is another terrain of Nigerian federalism, which in no small measure undermined the efficiency of the federal structure.         Conclusively, there is an imperatival need to re-invent the federal system.  Why? If the former Soviet federation (USSR) was contracted by Joseph Stalin as far back as 1914 which disintegrated in early 80s, Nigeria’s amalgamation was done in 1914 with federal constitution in 1954 and flag independence in 1960.   Thus, if soviet federation could disintegrate despite being a developed state in all ramifications, Nigeria needs to watch it.  The greatest undoing of the octopus federal system now is the‘monarchical spirit’ being exhibited by the northern potentates; same Russian hegemony akin to the monarchical spirit ongoing in Nigeria crumbled Soviet federation.  We need to learn fast.  Let us restructure or at best review the recommendations of the previous confab reports. It is high time the National Assembly beam its searchlight on those reports. A stich in time they say safes nine. 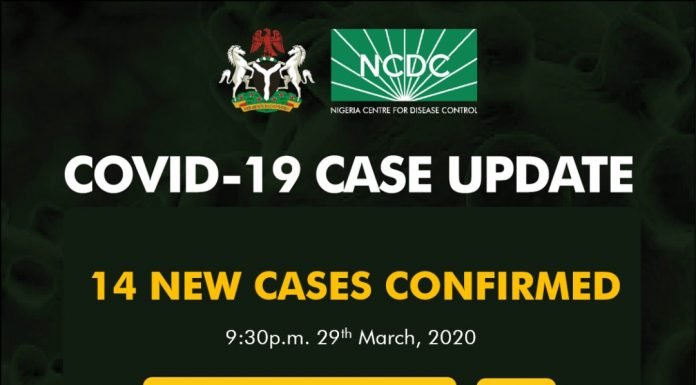 AD will provide Credible Alternative to Governance in Oyo-Akinropo

Synoptic Account of My Encounter With The Vigilante Group on The...

Dangote, the Congo plant and the imperative of African industrialization By...