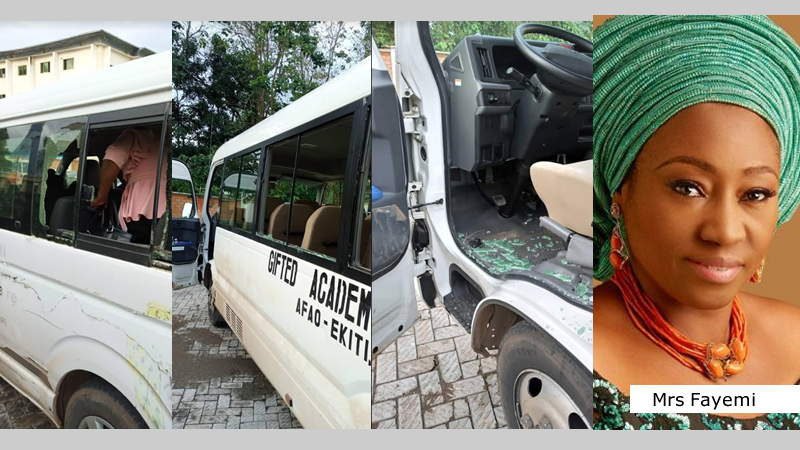 12
SHARES
0
VIEWS
Share on FacebookShare on TwitterShare on WhatsApp

The Government of Ekiti State  has  confirms that the convoy of the First Lady of the State, Erelu Bisi Fayemi, was attacked during a protest by students of the Federal University, Oye-Ekiti on Tuesday.

Whilst acknowledging that the protest might have started as a peaceful one, there was an escalation to violence, possibly due to infiltration by hoodlums.

According to a statement signed by Aare Muyiwa Olumilua, Commissioner for Information, Tourism, and Values Orientation Erelu Fayemi was in Oye Local Government in continuation of her community engagement and advocacy tour of the state.

The statement reads further that “The students had earlier in the day taken over major streets in the town, protesting against the Benin Electricity Distribution Company (BEDC), over power outage in the area. Government was not petitioned nor alerted of this plight prior to the protest.”

The convoy of the Wife of the Governor was attacked with several vehicles vandalised, leaving many people, including journalists, with varying degrees of injuries.

Those injured during the attack have been given first aid treatment, while some are still receiving treatment in the hospital.

“While not denying the students the right to express their grievances on any issue, it is expected that such be done without resulting to violence.”

Ekiti State Government has been informed that there might have been casualties recorded during the incident. We await more details of this sad development from the school authorities. Nothing is worth the loss of any life.

“As a responsible government, it is on record that the State Government has been engaging the electricity company (BEDC) on how to improve the power situation in parts of the State, long before this unfortunate incident, and promise to continue to engage them on the improvement of their service delivery to Ekiti State.’

“The general public is hereby advised to go about their normal activities as the situation is now under control.” He concluded

Meanwhile ,the management of the Federal University Oye-Ekiti (FUOYE), Ekiti State, on Wednesday announced the indefinite closure of the institution and the proscription of its Students’ Union Government.

The University Authority who disclosed this in a statement made available to Newsmen explained that it took the decision following the unruly behaviour of students who on Tuesday, September 10 staged a violent protest against epileptic power supply from the electricity company, IBEDC, to the communities of Oye and Ikole. 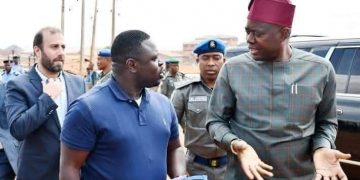