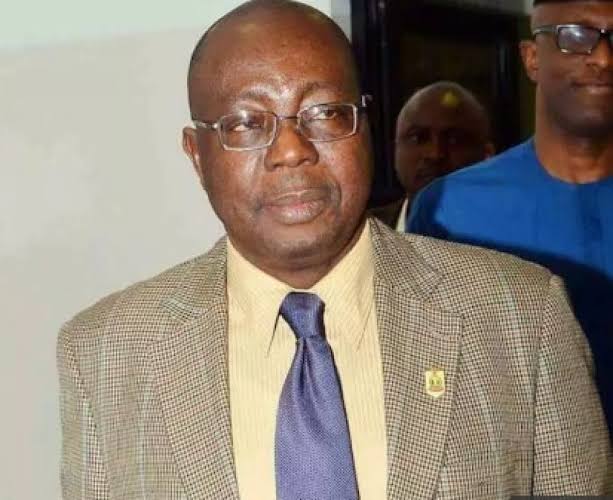 527
SHARES
3k
VIEWS
Share on FacebookShare on TwitterShare on WhatsApp

Not many knew Yusuf Magaji Bichi before he became the DGSS in 2018. Before then, he was just one quiet easy going gentleman who had started and finished a thirty five (35) year public service in the Intelligence Agency. Born in 1956 in the ancient city of Bichi, Kano State, he attended Danbatta Secondary School and the College of Advanced Studies, Kano.

An alumnus of the prestigious Ahmadu Bello University, Zaria where he studied Political Science and graduated in 1981, he started his career in the Security Division of the Kano State Cabinet Office. He was to later transfer his services in 1984 to the then National Security Organisation (NSO) now State Security Service (SSS)/Department of State Services (DSS).

As a young officer, his sterling performance and dedication to duty stood him out. In 1985, his Supervisor had described Bichi as an asset and good material for the Service. He was subsequently nominated in 1988 to receive further trainings in intelligence processing and analysis and other aspects of counterintelligence in the United Kingdom. His Course Officer had described him as a competent intelligence officer. Back home, Chief JO Obuseh, his then boss saw him as a very good analyst. His projections were never flawed. They were precise.

Vast in many fields of covert actions and Alternative Dispute Resolution, his core competences include investigation, interrogation and protective operations; conflict management, risk and vulnerability assessment, human resource management and mentorship. He brings his wealth of experience to bear on his assignments. At every stage of his endeavours, his superiors had taken note of his discipline and diligence. This is why in years past, Mr. AA Gadzama, a one-time DG stated that “wherever you have difficulty and security challenges, post Bichi there”. He has continually exhibited this in the way he handles matters.

Aside adopting cooperation as basis for interagency relationship, he harps on effective and proactive communication as bedrock of public and media engagements. In support of the ongoing fight against terrorism, insurgency and other threats against National Security, he has humbly and steadily supplied timely and actionable intelligence to sister agencies. Ditto to MDAs for efficient State and public policy.  He is neither combative nor competitive. He is only a team player and an achiever.

He is an alumnus of the prestigious National Defence College where he was bestowed a Fellow of the War College (fwc) in 2007. While in training, he caught the attention of his assessors. He was unequivocally described as decent, mature and a well comported gentleman with a pleasant demeanour. But for a demand by his parent Organisation, the DSS, that he returned to the Service, the National War College (NWC) wanted him retained as a Directing Staff. Further observed to be respected by all including the College staff, he was applauded for learning rapidly and devoted in his work.

Above all, the College noted that Bichi “is an experienced and knowledgeable person who readily shared his experience with his peers”. No wonder he adopts collaboration as a model for security management. Prophetically, the Commandant unambiguously stated that Bichi has great potentials for effective performance in higher responsibilities. Is anyone ever shocked he afterall became the DGSS?

Yes, his emergence as the DGSS is never a surprise. It is a journey foretold. In one of the assessments on him, he was described as an officer with high quality of leadership even though he was yet to occupy a top post. At each point of his training, the observation about his leadership qualities and recommendations to discharge higher responsibilities remained constant and unassailable.

Notably in 2007, the Commandant of National War College hinted about his great potentials to effectively manage higher responsibilities. Instructively, 2018 as clearly seen was not the first time he was to be considered for the post of DG. In 2011/12, his name featured as a potential DGSS. In the same vein in 2015, he was among the three (3) names the then DG, Mr Ekpenyong Ita recommended as his replacement.

Various stakeholders had always mentioned him as a possible DG. That he was not lucky those periods was an act of destiny. And as a man of destiny that he is, he eventually became one when it was his time. And he has not disappointed. He is not an ambitious man. During his early days, he had on three (3) occasions respectfully turned down appointments when the then DG, Areh nominated him six (6) times for one position or the other. Remarkably, the DG on three (3) instances refused and insisted he must take the particular appointment.

Bichi has made a steady and enviable career in the SSS where he has risen to the highest rank and won all the accolades for his unblemished services. The trio of former DGs, Chief Peter Nwaoduah, KK Areh (Col/rtd) and Gadzama variously honoured him with distinguished awards for excellent and outstanding performances.  He served meritoriously in different capacities.  He served as Director, State Services Academy (SSA), Lagos, one of the Service’s Training Institutions. He was State Director of Security (SDS) in Jigawa, Niger, Sokoto and Abia States. He also headed all the Service’ Directorates namely Security Enforcement, Operations, Intelligence, Inspectorate, Administration among others.

He started to hold those enviable positions quite early in his career. While on mere GL.14, he had been appointed to be the Director, Inspectorate in charge of discipline, standards, evaluation and inspection. Only his professional attributes, mien and disposition earned him that. From this time to when he exited the Service (and returned) he stood out and has remained his amiable and hardworking self.

Bichi is, no doubt, an Intelligence Officer of great excellence. Known for his disposition to mentor young and upcoming officers, he is astute, modest and has a carriage that is compelling. He is likeable. He is urbane. He is creative and innovative. His personality has positively affected the Service. These have led to several reforms since his assumption of Office as the DGSS.

Staff welfare is fundamental to his management style. He is a team player and operates an open door policy which endears him to all and sundry. There is hardly any of his subordinates who had not worked under him; a reason he understands and knows them well. He utilizes them appropriately to achieve desired national security objectives.

He is an ardent believer in transparency and democratic accountability of security and intelligence forces. A man of immense credibility who has won numerous accolades, he was recently recognized by the Abuja Municipal Area Council (AMAC) which named YM Bichi Crescent in Jahi District of Abuja after him for his contributions to the society.

The DGSS is a highly detribalized Nigerian. For instance, his close body aides are neither Muslims nor Hausas. His three (3) drivers are Christians. Two of his Secretaries are non-Muslim Southerners. The Chief Detail to the DG is Igbo. The heads of his Protocol are Christian Southerners just like Yours Sincerely, the Public Relations Officer. He is not one that accepts irregularities as norms. This manifests in his operational plans and intelligence collection designs.  On assumption of duty as DG, he gave effect to the numerous restructuring of the Service- ranking, allowances and salaries.

His tenure has really witnessed a lot of changes. Staff welfare and motivation, collaborative and strategic engagements with sister agencies and stakeholders are on the rise. The DG is indeed a father and a friend loved by all. Loyal to Constituted Authorities, the Nation and the Service, he is unarguably gentle, humane, resilient and incorruptible.

He personifies John Maxwell’s popular quote that “a leader is one who knows the way, shows the way and goes the way”. Alhaji YM Bichi fwc is, indeed, a Professional to the core. Salute to a Quintessential Noble Man of Honour!