The Presidential candidate of the Peoples Democratic Party, PDP, in the last general election, former Vice President Atiku Abubakar, is set to challenge the verdict of the Presidential Elections Petitions Tribunal, at the Supreme court

According to Thisdaylive.com, lawyers of Atiku have concluded plans to file a 70-point appeal at the Supreme Court tomorrow, to beat Wednesday’s deadline.

One of Atiku’s lawyers said: “We will file latest on Monday, September 23, and at most, due to any unforeseen reason, by September 24. Bear in mind that the deadline for submission is Wednesday. We won’t file on Wednesday for tactical reasons.”

According to the source, one of the 70 grounds of appeal is that “the judgement of the PEPT was based on the facts; the judgement was not on the issues presented to the Court of Appeal presidential tribunal by the petitioner, especially in relation to the respondent’s academic qualifications.”

“Take, for instance, one of the respondent’s witnesses, Major General Paul Tarfa (rtd), called by President Muhammadu Buhari’s lawyers said that they did not give their qualifications to the Military Board. Tarfa’s testimony is against the claim by Buhari that the Nigeria military is in possession of his certificates.

“Secondly, Buhari said that he was recruited into the military in 1961 and Tarfa said in 1962, so what is the correct date of his recruitment into the army. Somebody is not telling the truth.

“One of the grounds of appeal is that the President’s Chief of Staff, Abba Kyari, brought the Cambridge documents dated July 18 and testified on July 20. The point here is that it was not pleaded, when the respondent replied to the petitions of Atiku. So, speaking as in point of law, you don’t speak on documents not pleaded.

“The WAEC documents contradicted the Cambridge documents. This is a case of forgery, inconsistency in documents.”

“The tribunal judgement was based on the Electoral Act section 52 (1) (B), but this aspect of the law has since been deleted in 2015. It is no longer in existence. This was the case in Wike Vs Peterside.

“If the judgement said INEC server was recklessly hacked, then, there is a server and, therefore, a criminal offence. Yet, INEC did not claim so or that its documents were stolen. How come the judge reached this scandalous decision?

“If section 52 (1) (B) is no longer in existence, how come the lead judgement came to this decision? It was not based on the documents pleaded. Therefore, how come it was decided so? That means that the judge went on a voyage of discoveries and exploration. Buhari was not accused of forgery. Rather, he was accused of lying, when he said the army was in possession of his documents

“In his form CF001, he presented an affidavit, instead of his certificates. PEPT relied on the CV presented. We are asking, is that supposed to be so? CV is basically to show working experience. No Primary School certificate. The judgement was based on inferences. The judge simply inferred.

“We are surprised that the PEPT went the way it did. It is our view that the judges would have gone further to help improve our electoral laws as well as use it to commence the reform of the electoral laws. So, these are some of the issues that form the grounds of the 70 points of appeal at the Supreme Court.” 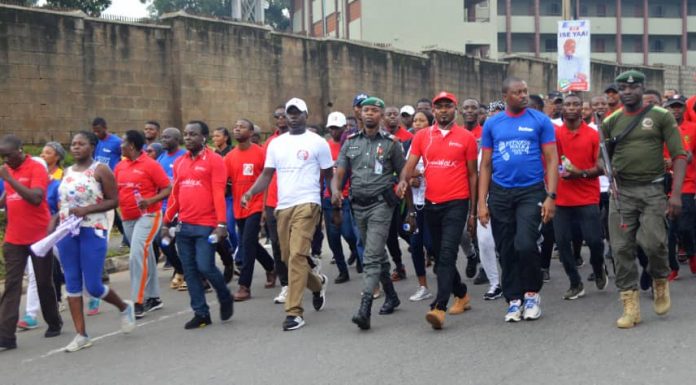 7 Things You Should Do Every day Before You Start Your...