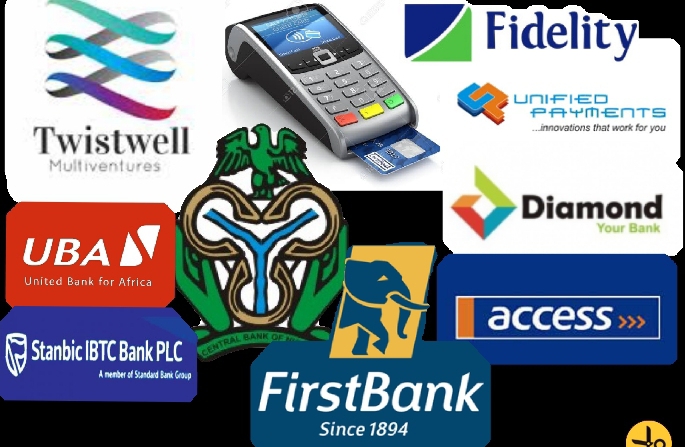 An operator of Point of Sale (POS) machine under the business registered name, Twistwell Multiventures, Mr Joseph Okodua, has charged a payment system service provider in Nigeria, Unified Payment Services Limited (UPSL) to court for non-remittant profit of N2.6million.
Twistwell Multiventures brokered business transaction agreement with Unified Payment Services Limited in which POS machine in its possession for operations and with the understanding that each transaction carried out on each POS shall be settled by unified payment.
The crisis began around 2017 when both parties had disagreement over remittance to Twistwell Multi ventures by Unified Payment Services Limited. Following this development of the petition, Unified Payment Services wrote the Central Bank of Nigeria (CBN) and later to the Police Special Fraud Unit to resolve the issue, but this could not be resolved as there was a pending case between the two parties in court. Meanwhile, Joseph alleged that the invitation of CBN and Police to the matter is to witch hunt and frustrate him from further fighting for his right in the law court.
Joseph, the owner of Twistwell Multiventures has initially sued Unified Payment Services Limited for non-remittance of N2.6million at a High Court, Ijebu-Ode, Ogun state in suit number HC/01/2018. Joseph who was a former student of Tai Solarin University where he started the business as an undergraduate student added that after CBN intervention who influenced his banks to lock his accounts, sued the CBN in a suit number FHC/IB/CS/43/2018, at Federal High Courts, Ibadan, Oyo state,  and lastly at a Federal High Court of Nigeria, Abeokuta, Ogun state, in a suit number FHC/AB/FHR/21/2019, where he sued the police and Unified Payment Services Limited for violation of his human rights.
In the documents made available to journalists, Unified Payment services Limited (UPSL) had written a letter to the Central Bank of Nigeria (CBN), to help adjudicate over a matter involving it and Twistwell Multiventures. The apex bank then invited the two parties to a meeting in Lagos, through a letter with reference number BPS/PSP/GEN/CWO/08/368 and dated December 18, 2017.
Mr. Joseph further noted that he was surprised when he received another letter with reference number BPS/PSP/GEN/CWO/09/076, dated February 22, 2018, informing him that he frustrated all means to resolve the crisis, only to accuses him of fraudulent practice without hearing from his side.
The lawyer to Twistwell Multiventures in a reply to that petition expressed its amazement at another action taken by the CBN, thus coveted its client’s position in a reply dated April 3rd, 2018 titled “Re-petition by Unified Payment Services Limited against Twistwell Multiventures” to the Director, Banking and Payments Systems Department, Centre Bank of Nigeria, (CBN),15th floor, CBN, Lagos office.
In the letter, Twistwell lawyer expressed its surprise at the step taken by the CBN which it described as ‘self-help’ by instructing that Mr. Joseph accounts in United Bank for Africa (UBA) Abeokuta branch, Ogun State, Stanbic IBTC bank, Ijebu-Ode branch, Ogun state, and four other banks, be severed.
The letter reads: “recall that at the meeting of February 2nd, 2018 which you convoked, a legal practitioner who represented our chambers on behalf of our client (Twistwell Multi ventures) wherein you were duly informed of a ending case involving our client and the petitioner as stated in your letter of February 22, 2018.
“We were surprised that despite the information passed to you, you went ahead and carried out an act which amounted to self-help on behalf of Unified Payment Services Limited by instructing that our client’s bank account be placed on restrictions, without any Court Order. Hence, access to those accounts are denied.”
The lawyer who attached the advance copies of the court processes to inform the CBN that “self-help has no place in our laws. It is the duty of court to resolve dispute not that of the CBN and there is need for the CBN to maintain the status quo.”
The letter also advised CBN to revert its actions on the account restrictions pending the determination of the suit at the Federal High Court, though the advice is yet to be carried out as the two accounts remained restricted.
Meanwhile, it could be recalled that the two banks, Stanbic IBTC bank and UBA, in separate letters dated March 23,2018 and March 27, 2018, respectively, informed the owner of Twistwell Multiventures, Mr. Joseph, their obedience to that order. Other four banks did not officially notified Joseph before locking his accounts.
In another reply against the petition letter written to the Police Special Fraud Unit, Ikoyi, Lagos, on a petition against Mr. Joseph by the lawyer of Twistwell Multiventure on December 19, 2018, problem arises sometimes in year 2017 when Unified Payment failed to settle transaction between it and Twistwell Multi ventures to the tune of N2.6million.
The letter detailed the crisis to have started around 2017 when “issues of prompt settlement by Unified Payment arose of which Twistwell Multiventures became uncomfortable. Complaints were raised by Twistwell Multiventures via e-mails which was the means of exchanging correspondence by both parties.
“Things got to a head when Unified Payment failed and or refused to settle transaction of which the total settlement was N2.6million. At this point, Twistwell stopped using Unified Payment Services Limited (UPSL) POS and when UPS realised this, it was at that point that they informed Twistwell that they have erroneously over settled it and that was the reason they did not settle it of the N2.6million.
“Twistwell Multi ventures refused to accept this line of argument, hence, it instituted a civil action against UPS.
Meanwhile, Twistwell Multi ventured averred that alleged erroneous over-settlement was a dubious attempt not to remit the non-remittant N2.6million to its account according to the agreement of service with the payment system service provider, Unified Payment Services Limited (UPSL).
ALSO READ  Perpetrators of Bodija Crisis Will be Prosecuted – Ajimobi
Previous Post