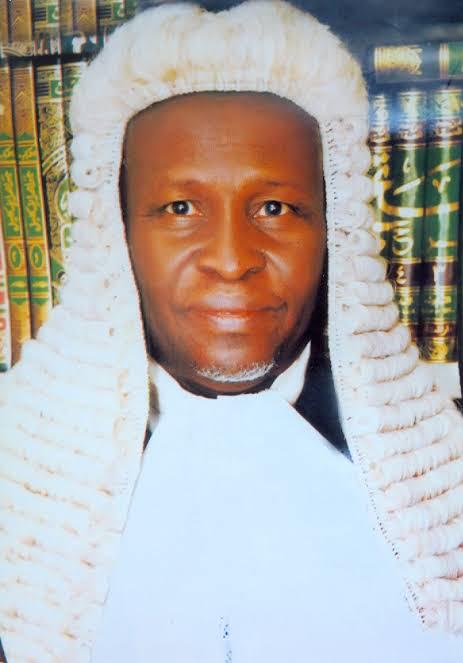 INTRODUCTION
Judges, individually and collectively, attach great importance to maintaining the confidence of the public. Public confidence is invoked as a guiding principle in relation to the conduct of judges, on and off the bench, and in relation to the institutional conduct of courts. As a value that plays a part in the development of our jurisprudence, it is necessary for the effective performance of judicial functions.

The general acceptance of judicial decisions, by citizens and by governments, which is essential for the peace, welfare and good government of the community, rests, not upon coercion but upon public confidence. The importance to the rule of law of such a state of confidence in the judiciary that people and governments, routinely accept and comply with judicial decisions is self-evident. This acceptance is all the more necessary in the case of decisions that are controversial and perhaps a tad unpopular.

In the celebrated case of Metropolitan Properties Co. (F.G.C.) Ltd. v. Lannon D (1969) 1 Q.B. 577 at 599, the legendary Lord Denning succinctly explained the quiddity of public confidence in the judiciary. He said, “The reason is plain enough. Justice must be rooted in confidence; and confidence is destroyed when right-minded people go away thinking: ‘The Judge is biased’.

ON THE SACRED OATH OF JUDICIAL OFFICERS
I have deemed it pertinent to reiterate that as judicial officers, judges have the not only constitutional but sacred duty to endeavour to uphold and preserve the rule of law.

As aptly asserted by the Supreme Court, the judiciary cannot shirk it sacred responsibility to the nation to maintain the rule of law. It is both in the interest of the government and all persons in Nigeria. The law should be even handed between the government and the citizen. See Governor of Lagos State Vs. Ojukwu (1986) 1 NWLR (Pt.18) 621, per Obaseki, JSC.

As priests in the hallowed temple of justice, judges are under an onerous duty to administer the laws with utmost degree of fairness and justice to all and sundry. Recall the trite time -hallowed doctrines of: (i) Fiat Justitia Per eat Mundus (Let Justice be done though the world perish); and (ii) Fiat justitia ruat caelum (Let justice be done though the heavens fall).

It should be noted that the provisions of the constitution are clear on the appointment of Judges and requires circumspection in that exercise by providing that before a Legal Practitioner is appointed as a judge of various superior courts of record, he must, apart from being at least 10 years post call, he must be fit and proper. This need to be fit and proper has been inculcated in prospective lawyers from the law school and various mechanisms have been put in place to ensure the independence, sanctity and sacredness of the judiciary.

Permit me to use the incumbent Chief Justice of the Federation, Hon. Justice Ibrahim Tanko Muhammad as a case in point. Though I am not personally close to him, I have not only studied him from afar, I have had the benefit of appearing before him in the course of my legal career. He has been in the judiciary for over three decades and has tenaciously and painstakingly risen through the rank and file of the judiciary from a Magistrate to become the Chief Justice of the Federation. It cannot be gainsaid that no question has ever arisen as to his suitability, impartiality and the great attention he pays to the details of our laws. He is without a doubt a God fearing, conscientious man who has always taken his calling as a Judge as a divine one. He believes that when Man is called upon to play God on Earth, he must be cautious indeed.

At this juncture, it is apposite to state that other noble Lords at the Apex Court and other superior courts of records possess these enviable experience and finesse.

It may also interest you to know that the Chief Justice of the Federation is a well-read, astute and circumspect justice whose decisions have contributed immensely to the progressive development of the Nigerian legal system. The case of Dokubo-Asari v. FRN (2007) LPELR-958(SC) easily comes to mind in this regard, wherein his Lordship eruditely held that:
“The corporate existence of Nigeria as a united, harmonious, indivisible and indissoluble sovereign nation, is greater than any citizen’s liberty or right. Once the security of this nation is in jeopardy and it survives in pieces rather than in peace, the individual’s liberty or right may not even exist.”

Though as crystal clear and as eloquent as the above pronouncement is, we are aware that it has been misrepresented in some quarters. However, the indelible impact of the pronouncement in our jurisprudence remains undeniable. What this presupposes is that the soundness of a judge is only known by his judgment and it is quite sad that most people do not take time to read these judgments and rulings before making uncharitable conclusions.

SAFEGUARDING CONFIDENCE IN THE JUDICIARY
Having used our incumbent CJN as a model for what I am sure is generally applicable to our Justices of the high benches, we must proceed to the body of this essay by stating without any reservation that the court is not a timorous institution that would be cowered into ineluctably withdrawing into its shell in a snail-like manner whenever allegation of bias or likelihood of bias is made against it. If it were to be so, the society at large and the law in particular would be the worse for it. The judicial oath of the Judex enjoins him to do justice to all manner of persons without fear or favour, affection or ill-will. We must state with great conviction that aspersion must not be cast on the judiciary because of some political permutations. And certainly not from priests and supplicants at the Temple of Justice.

It is trite to stress that the exalted bench is not a place for every Tom, Dick and Harry but distinguished members of the bar. This is one of the reasons why judges are revered as demi-gods and regarded as virtually infallible. See the case of Ajonuma & Ors Vs Nwosu & Ors (2014) LPELR 24015 (CA), where it was held:
“I think this is one appeal that throws up the need to emphasize that every judge should act the master of his own court, and should not allow any counsel/person (no matter how high) to teleguide and dictate to the court, how to conduct its proceeding/procedure, in the light of its rules and law.” See the case of MFA & Ors Vs Inongha (2014) 22010 (SC), where my lord, Ngwuta JSC said, “The court has a duty to guard against an attempt by any of the parties to make an ass of the law and its rules.”

In spite of the hulaballo that usually attends their report, one must emphasise the fact that the litmus test for the determination of the confidence or otherwise of the public in the judiciary should not be based on political matters or sentiments alone in order not to bend the truth by its elbow.
As a legal practitioner with several matters at the three tiers of court (High Court, Court of Appeal and the Supreme Court), I know as a fact that the cause list of these various courts are filled with cases ranging from banking, matrimonial, criminal, contract to other non-political matters and the decisions of the courts are being obeyed without parties making a heavy weather of same.

It befuddles the mind that on the heels of a few political matters, the fury of hell is always let loose and the losing party will raise the mantras that “democracy is under threat” and “our judges have been bought” and in their uninformed and ignorant conclusion, public confidence in the Nigerian Judiciary is Zero! Nothing can be further from the truth. What discerning lawyers are maintaining is that it is imperative to not only show but to insist that political sentiments must not be allowed to destroy the fabrics of the Nigerian Judiciary. By way of allusion to the words of Niki Tobi, JSC (of blessed memory) in the case of Buhari v INEC & Ors. (2008) LPELR-814(SC), the learned legal luminary from his wealth of wisdom advised on the need to be circumspect on issues bothering on politics and the judiciary thus:

“The two professions do not meet and will never meet at all in our democracy in the discharge of their functions. While politics as a profession is fully and totally based on partiality, most of the time, judgeship as a profession is fully and totally based on impartiality, the opposite of partiality. Bias is the trade mark of politicians. Non-bias is the trade mark of the judge. That again creates a scenario of superlatives in the realm of opposites. Therefore, the expressions, “politician” and “judge” are opposites, so to say, in their functional contents as above; though not in their ordinary dictionary meaning. Their waters never meet in the same way Rivers Niger and Benue meet at the confluence near Lokoja. If they meet, the victim will be democracy most of the time.”

In safeguarding confidence in the judiciary, the following measures should be put in place:
Any individual, no matter how-high he is, found wanting for disobedience to the judgment and orders of courts should be charged for contempt of court for such disobedience as justice without strength is helpless; strength without justice is tyrannical.

The executive arm of government and politicians should also ensure that judgments and orders of courts are obeyed. There is nothing commendable in subjecting judgments of courts to political debates and choosing which order to obey and the one to disobey. It is quite appalling that we live in a clime where the government rationalizes flagrant disobedience to court orders. We need to take a cue from the recent landmark decision of the UK Supreme Court and set the Nigerian judiciary on the path of total independence from any form of political interference whatsoever.

Similarly, the Nigerian Bar Association should rise to the defense of the judiciary. The NBA of today has not been of immense assistance in ensuring the independence of the judiciary. I recall back then as a scholar in Aquinas College, Akure, one became drawn to the legal profession because of the activities of prominent legal practitioners like Alao Aka-Basorun, Kanmi Ishola Oshobu and Gani Fawhinmi all of blessed memory who held forth and agitated for the independence of the judiciary. The Nigerian Bar Association of today must return to the undying dreams of our early fathers in the legal profession in Nigeria if the full glory of the Judiciary must be restored.

Finally, let me say that the bar and bench must be able to work together in harmony, give mutual respect to each other and ensure that they are committed to the upliftment of the image of the legal profession. Members of the bar must see themselves as ministers in the temple of justice who have a duty not only to their client but also the nation at large. What is more, they should be patriotic, honest and not allow themselves to be swayed by momentary monetary consideration or selfish interests.

*Dr. Ajulo is the Chairman, Board of Trustees, Egalitarian Mission for Africa and Managing Partner, Castle of Law, Abuja