Police Commissioner Seeks Collaboration with FIBAN, Others on Security 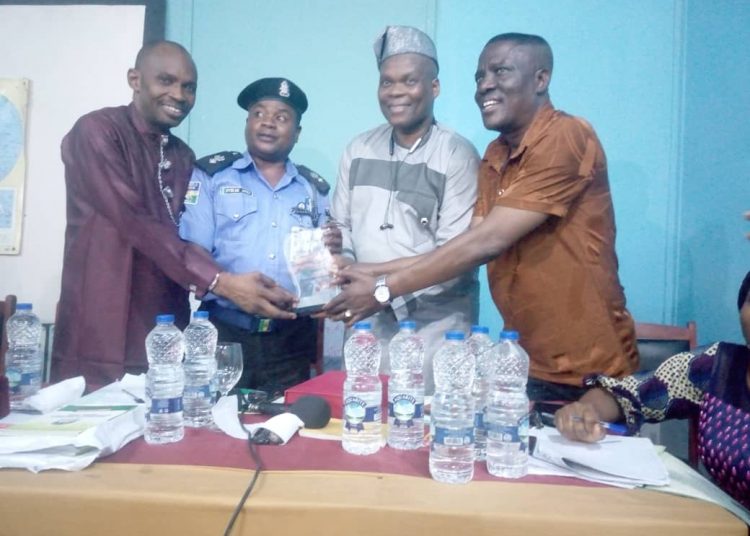 162
SHARES
3.7k
VIEWS
Share on FacebookShare on TwitterShare on WhatsApp

In the light of ensuring peace and security in the State, the Oyo State Police Commissioner, CP, Joe Nwachukwu Enwonwu has on Thursday called for collaboration between the members of the community and the Police.

This was disclosed by his representative, Oyekan Azeez at the interactive session organised by the Freelance and Independent Broadcaster Association of Nigeria (FIBAN) at the ministry of information and culture, Oyo State Secretariat.

The Chairman of the event, Mr Agboola Olayinka harps on the urgent need for an interactive session that will help cover the gap between the members of the public and the Police. He emphasized on the imperative need of FIBAN organising the programme, on the route for national development.

Oyo State Commissioner highlighted the problems of insecurity encountered by the Police such as the non-supportive sides they witnesses from the public, bad eggs in the force, lack of enabling environment, among others.

He lamented on how members of the public are always quick to casting aspersions at the Police without making adequate findings. He chastised some Journalists for not always scrutinizing before spreading information. Hence, the Police are in the bad light of the public.

He therefore urged for adequate collaboration and activate participation between members of the Police Force and the community.

Responding to why some members of the force have not resumed duty after the just concluded #endsars struggle, Mr Oyekan unfurled that efforts are going on to return all policemen to resuming their duty post.

Also, Dr. Wasiu Olatunbosun, the Commissioner of Information and culture, who is also the Chief host, lauded the efforts of the Police in managing peace most especially after the crises, he however also reiterated the need to sanitize the police system and embrace a friendly and firm society.

Moreso, the FIBAN Governor, Sam Awodele also urged the members of the public to join hands with the Police in ensuring adequate security.

Other highlight of the event includes the presentation of award to the Commissioner of Police, which was received by his represenatative.

Other personalities present at the programme includes, veteran broadcasters, Basorun Gboyega lawal, Wale Lawal and many others.