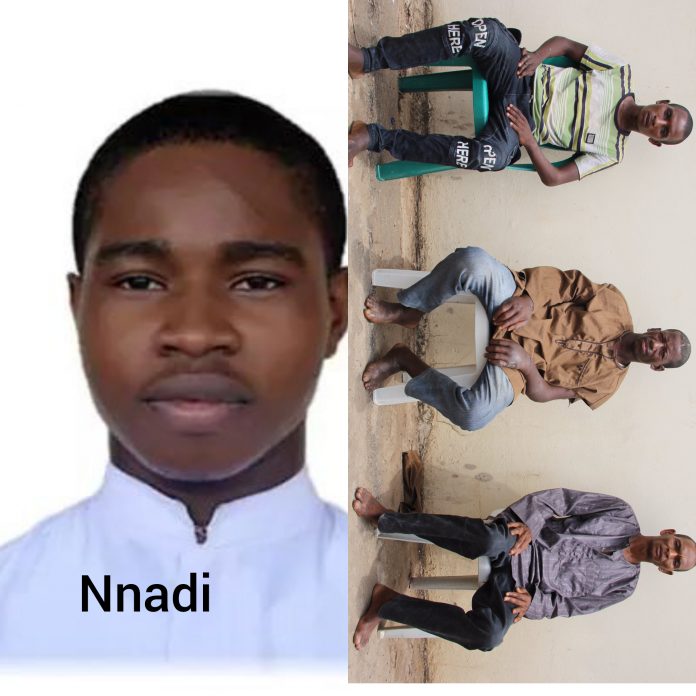 Police Operatives have arrested a deadly criminal gang responsible for the kidnap and murder of a Catholic Seminarian, Nnadi Michael of the Catholic Good Shepherd Major Seminary at Gonin Gora, Kakau in Chikun LGA of Kaduna State.

Recall that, on January 9, 2020, the criminal gang stormed the Catholic Seminary and kidnapped four (4) seminarians, murdered one of them in cold blood and released the remaining three on 31st January, 2020, having obtained a ransom.

The remains of the fourth Seminarian were found in a bush where abandoned.

The suspects: Tukur Usman ‘m’ aged 37,father of 7, Shehu Bello ‘m’ aged 40, father of 5 and Mustapha Mohammed ‘m’ aged 30, father of 1, all of Igabi LGA of Kaduna State were arrested after several months of intensive and extensive intelligence-led operations by crack detectives of the Intelligence Response Team (IRT).

Discreet investigations so far reveal that the arrested suspects are part of a 19-man gang that also carried out the kidnap of Dr Phillip Ataga’s wife and two daughters on January 24, 2020 at Juji Community in Chikun LGA of Kaduna State.

Mrs Ataga was killed by the gang following her heroic resistance to the despicable and inhuman attempt by the leader of the gang to rape her. The suspects after killing her released the daughters and corpse of the slain woman to the family after collecting ransom.

Further investigations reveal that the same criminal gang is responsible for the kidnap of six students and two teachers of Engravers College, Chikun LGA, Kaduna, from their school premises on October 3, 2019.

The suspects, known to belong to a hybrid terrorist criminal network causing untold havoc in North-Central, Nigeria, have confessed to several other random operations along Abuja-Kaduna Expressway where they kidnapped, killed and robbed motorists, collecting ransom and valuables running into millions of naira.

The Inspector-General of Police, IGP M.A Adamu, NPM, mni while reiterating that the Force will remain unrelenting in ensuring that crimes across the country are reduced to the barest minimum,assures the nation that the Force will not rest until the other members of the gang also responsible for the above crimes, but currently on the run, are apprehended and brought to book. 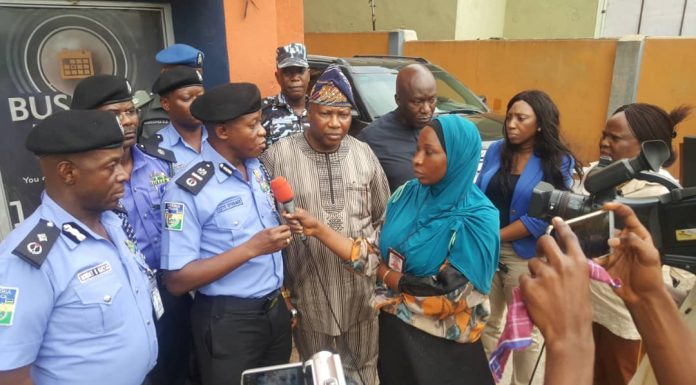 Donald Trump Gives Details on His Proposed Immigration Ban in US