Hon Sanjo Adedoyin is the Majority leader of Oyo state House of Assembly, in this interview with Remi Oladoye he spoke on the activities of the 9th Assembly since the inception and his plans for constituents.Excerpts:

Can we meet you sir?

I am Honourable Sanjo Adedoyin, the lawmaker representing Ogbomoso South State Constituency and the Majority Leader of the Oyo State House of Assembly.

Sir, what magic did you use as a PDP member to defeat the incumbent lawmaker, who was also a member of the ruling party then?

We give glory to the Almighty, by large due to careful planning, and being a grassroot man. I know all the Nitti gritty about the politics of Ogbomoso land. Ogbomoso South has always been my domain, for the past three consecutive elections or there about before my election. I used to be the returning officer. In 2011 election, I was the returning officer for the Governorship, Senate, House of Assembly and the House of Representatives election. In 2015 election, I was the same. So, I know everything about the topography and base on my background, right from my  school period almost 80 percent of my life were dedicated to politics in one way or the other, I started politics right from my first day in my higher institution  that was my days at Saint Andrews College of Education, Oyo where I contested as member of the Student Representatives  Council (SRC) in 1991/1992 and the subsequent year I was the student representative, right from  then when I got to university of Ilorin, I was a member of the student union activities, it was then I joined Ogbomoso local politics as a member of Ogbomoso  student and also a member of Oyo State Student Union  Government, there and then I was made the Secretary of Oyo state Student Union at the National Level (FOSSU) in 1995/1996. Right from then, I have always been a grass root mobilizer for anybody that won a post in Ogbomoso South.Ihave been a consistent participant in the politics of Ogbomoso South right from my studentship period. So I know the nook and crannies and I am familiar with the people as they regard me as their friends, brothers and uncle.

Ordinarily, when I first came in, I didn’t really know much, but the Majority Leader is the leader of all businesses in the House of Assembly, Majority Leader leads the debate on every bill proposed that has to do with the government and being a leader of the Majority Party in the house, I am expected to work hand in hand with the Speaker of the House of Assembly and other lawmakers in other to foster unity, and to protect the interest and welfare of lawmakers. Majority have to be constant with any happenings in the house, all motions should come to his knowledge. He also deliberate and decide on matters that will be discussed by the house committee in all sittings.

And how effective have you been playing this role since you came in?

Ordinarily, as I have said, I am never a novice in the game of politics; I started right from my studentship period which I have served at different capacity. There is different between student politics and partisan politics that we are playing, based on this experience, it has made the assignment easy for me to the extent that people are asking me if I have serve as a majority leader in any capacity before or maybe I have probably serve as Personal Assistant to any state honourable before I assume the post.

What’s the relationship between lawmakers from your party and other party in the house?

You are representing Ogbomoso South state constituency, what has been your contribution and what are your plans on the floor of the house?

Ordinarily, everybody knows the problem being faced by the majority of our people especially youth unemployment which is the major focus of this administration, we are trying to put everything together to create avenue for people to be able to have source of better life, very soon we will employ first hands into government businesses, be it teaching service, other government agencies and parastatals, but this can’t be enough to accommodate thousands of job seekers . We are trying to create ways in the Agro allied business, we are trying to partner with many international agencies that will bring in their resources in order to open channel of development in trade and economic in Oyo state so we can empower our youth. Aside that, Ogbomoso south cannot be removed from other part of Ogbomoso land, we are all one. All our motions and plans are for the benefit of the entire Ogbomoso land, we have moved motions concerning Ogbomoso – Oyo road, I mean the existing Old road, and we have called the attention of FERMA to do whatever necessary to amend all the potholes and dangerous path in order to make the road safer for our people. The road has become a deathtrap so to say, everybody travelling that road take their heart in their mouth. In fact if not for us that find it very unavoidable to use the road every time, many even suspend and abandon special engagement because of the state and fear of the road. We have call on the Ministry of Works, FERMA and other agencies to come and repair the damage road, we have also call on the Oyo state government to liaise with the Road Safety Commission and provide toll vehicle for all the damaged vehicles that breakdown in every corner which usually results in causing artificial traffic jam and gridlock that in most cases last for days and weeks.  Presently, the OYORTMA has been able to provide many towing vehicles for immediate evacuation so the issue of incessant traffic won’t be in place  anymore. We have equally appeal to the federal government to speed up their action on the ongoing  of Ibadan – Ilorin road ,particularly  Ogbomoso -Oyo.

We all know the problem of especially in our rural area about teachers in our school, I personally and Honourable Wunmi moved  a motion to empower the Ministry of Education, TESCOM, L.I.E, to post teachers to our rural area without any fear or favour, we noticed that teachers do reject  postings  to rural areas, they always prefer to stay in Urban areas  which is over concentrated, whereas  in our rural area in many cases we hardly meet two teachers, just the head teachers and one other staff, No!, how do we expect them to work and perform with such situation. That was the reason why we moved that motion. Those are the contribution we have made to Ogbomoso south and Oyo state at large.

Recently, Engr. Seyi Makinde marked 100 days in office, are you satisfied with his performance so far?

Ordinarily, everybody has realized the fact that we have never have it so good in Oyo state, what has happened in the last 100 days or thereabout in Oyo is unprecedented Hope and confidence have been restored to governance in Oyo state, people have confidence in Oyo again, what couldn’t be done in 8 years has come through in just three months. This government is deeply committed with the better and overall development of the people of Oyo state, he is committed to making life better and meaningful, he has also try to concentrate all her efforts in order to achieve this result. Recall that before this government assumes power, nearly all the workers in Oyo state were on strike because of unpaid salary and others but now they receive their salary before the 25th of every month, imagine! this is a state where previous government have been complaining for lack of money for the past 8 years, some are owned 2 years, some are owned 2 and half years immediately  this  administration came in, it started paying without borrowing money from anywhere, this is what we call the government of the people for the people and by the people that have the interest of the people at heart. Everybody now enjoy peace in Oyo state, many  thought that NURTW issue will lead to civil unrest but they were disappointed to see that  nothing of such has happened, everything is going peacefully and smoothly, this administration has met the expectation of everybody. Base on the performance in the last three months, we can say this government is the best so far so good on how it is being managed and governed, we are still coming with better things.

Some people regard the House of Assembly as handbag of Seyi Makinde?

I don’t know what hand bag means in this case, maybe they are expecting us to engage in fight with him, that is not democracy. If the governor is doing well and people are applauding why should we antagonize him? Why will we antagonize him when he is doing the expectation of the people that voted him in, people in our constituency that are dancing and happy will stone us if we antagonize him, we won’t be able to go home, all we have to do is to support him with adequate legislation that will make him do more, Seyi is a wonderful man who see us as friend and brothers, he never under look us for once. 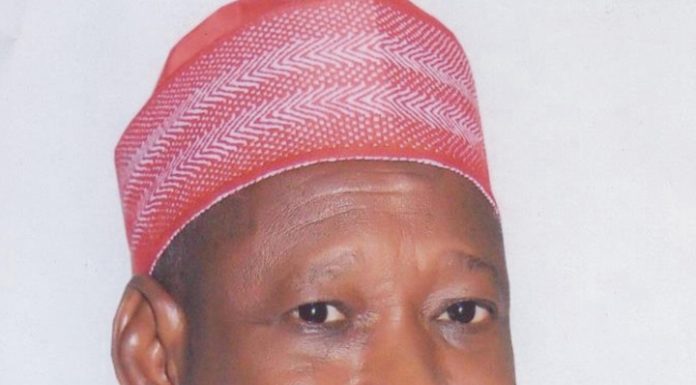 Why i left PDP in Oyo- Hon Odebunmi