A chieftain of Peoples Democratic Party PDP in Lagos state Mr Babatunde Gbadamosi  popularly known as B.O.G has said the end is here for  the ruling all Progressives Congress APC

The former Alliance Democratic Party ADP gubernatorial candidate in Lagos state said “The APC have already started packing their bags  you  can see them throwing stones at each other on the floor of Lagos House of Assembly, so they themselves are aware that  their time is up”

He also express optimism that PDP will take over take over, Lagos, Ogun Ondo, Ekiti and Osun state and other states in the subsequent election.

Speaking on why he decided to rejoin PDP, Gbadamosi said i have no choice than to return to my political home, which is the PDP which was where I was before I went to contest for the governorship of Lagos state under ADP but I am back home now  and I am happy. I have an example to follow in Oyo state, the current governor of Oyo state also pitch tent with the PDP after leaving for another party, and you can see what Seyi Makinde is doing in Oyo state now”. 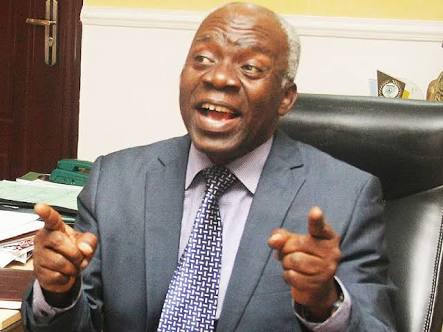 Inside Igbo Olodumare : A Forest where  “Snail is Bigger Than Tortoise “ By...