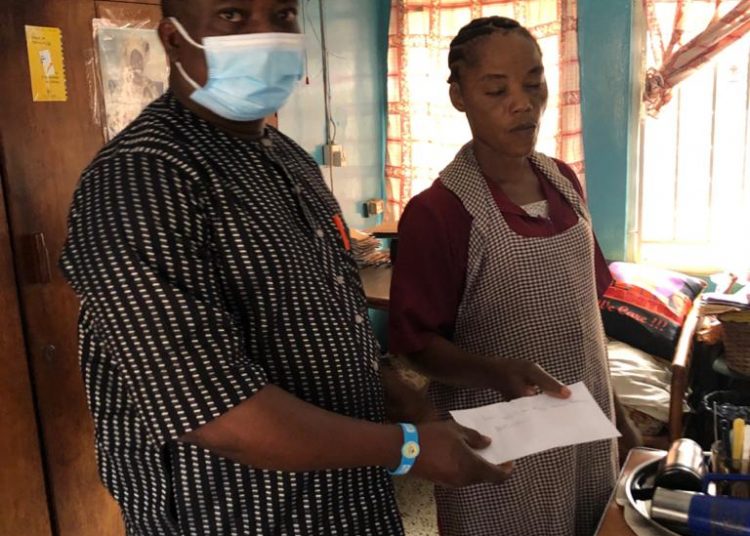 483
SHARES
4.7k
VIEWS
Share on FacebookShare on TwitterShare on WhatsApp

In the spirit of showing love, a chieftain of the Peoples Democratic Party (PDP) in Oyo State, Hon. Abioye Mathew Adegboyega has extended hands of fellowship to the orphans at Ibadan Home for Morheless Babies, Ibadan and beggars by donating cash gift to them to mark his birthday today.

Hon. Abioye, who was a two term former honourable member of the Oyo State House of Assembly said that he took the decision to further displayed his passion for the deprived in the society to let them have sense of belonging.

According to him, “this is what I have been doing every year to relate with the poor. Coming to orphanages home is to celebrate with sober reflection on the sad happenings experienced in the country and the world as a whole since last year especially the Corona virus disease that has killed millions of people and to thank God that despite that, God still preserve me to witness yet another birthday.”