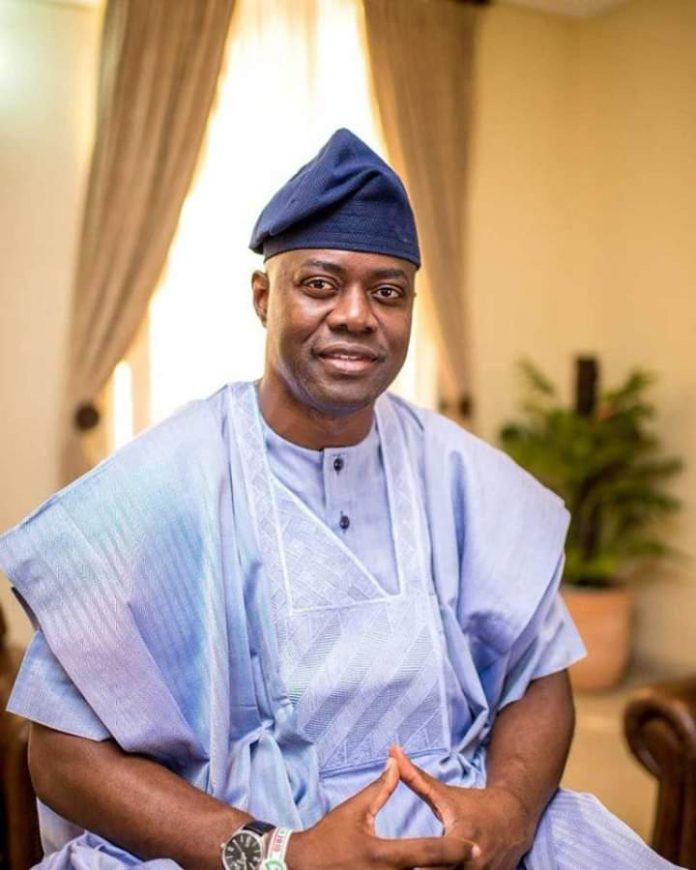 Did Governor Seyi Makinde of Oyo State realize that, in his first official pronouncement on May 29, 2019 stopping the payment of N3000 by school pupils, he had unwittingly provoked a strong ideological sentiment which had been bottled overtime? Discussions on this issue have polarized indigenes and residents along divides of ideology, class and beliefs.

My confession: I was very upset with the new governor at this pronouncement. Not strictly on the pedestal of ideology, I felt Makinde was merely playing to the gallery. Why would a governor stop the payment of a meager fee of N3000, payable by parents and guardians in 365 days, approximating a little less than a hundred naira per day, an amount that has helped, no matter how insignificantly, in putting public education at whatever level it was in the state?

If there was one issue on which the ex-Governor of the state, Abiola Ajimobi, received ceaseless strictures in reviews of his 8-year tenure, the state of education and health was at its apogee. In the midst of this welter of criticisms, the former state helmsman however claimed that he performed to his optimal on these scores.

He cited some model schools, some renovated schools and a few others as anchor of his performance. At campaign podia however, Makinde consistently attacked this Ajimobi optimum, claiming that there was the need to declare an emergency on education in Oyo. He gave graphic census of decaying school infrastructure, bludgeoning number of children per class, embarrassingly huge number of out-of-school children, disorientation of teachers due to governmental disincentive policies and the departure of the philosophy of academy in schools whose major preoccupation should be academics. But, was stopping the payment of N3000 a logical anchor of this proposed reform?

Kudos, condemnations, in equal measure, poured for Makinde on this maiden pronouncement. I belonged to the category of those who erected the crucifix for him to mount. My averments were as follows: By it, Makinde merely worsened the indolence and irresponsibility of many a Yoruba parent who are gradually mimicking the irresponsible model of Northern Nigerian parenting where a horde of kids are brought to life and dumped on the laps of society. This irresponsible parenting is the bane of the social crises of violence and insurgency that Nigeria is grappling with at the moment. If a parent cannot afford to pay N100 per day for 365 days on a child he sired, he is not worthy of being the vehicle of birthing such a child to life, I believe. Awareness of giving education to kids is far more acute in Southern Nigeria today. We are ready to sell all we have in this regard. In the morning, you will see the driver shouldering his child on the way to the Nursery school. He is suddenly aware that the difference between you, his boss and him is not that you are more brilliant but your parents gave you education and his didn’t. He thus doesn’t want his child’s fate to be like his.

More significantly is that many of this same set of parents that Makinde’s spike of N3000 fees is abetting “declare” drinks at beer parlours, spend sums in excess of this amount at Owambe gigs but are reluctant to contribute to impacting their children to live meaningful lives. Also of note is the Yoruba ancient wise saying that a talisman put in phial that is not procured by the pain of monetary consideration idles away behind the fireplace in the kitchen. Parenting should come with some measure of pains – pains of birth, scampering hither thither at children’s infancy and raising the child. Parenting in leisure is un-enduring. I-Roy, Jamaican reggae star, once parodied the biblical maxim of man being made to suffer and woman created to feel the pains (on account of their children).

My second beef was Makinde’s ostensible haste that would not allow him to wait a little while to weigh the financial muscle of the state he had just been sworn in to govern before making this consequential pronouncement. At a discussion on the issue later however, someone told me that the governor had, in an interview he granted before his swearing in, summed up the number of pupils in the state at about 400,000 and approximating the amount accruable from the fee payment to government to be in the neighbourhood of N1.2billion. So, is N1.2billion that negligible and can’t be factored into Oyo’s lean resources? From what I gathered, Oyo’s IGR and monthly dole-out from FAAC oscillate around N7billion, with a wage bill of slightly above N5billion. If Governor Makinde will ultimately pay the N30000 wage, the wage bill should shoot up to about N9billion, leaving monthly shortfall of close to N2billion. So, wouldn’t N100million that a yearly N1.2billion from the N3000 fee will come to, help, no matter how tiny, in the financial straits that Makinde will confront?

Makinde’s reply to this criticism is said to hang on three prongs. The first is that his May 29 pronouncement was borne out of his commitment to fulfilling promises. The fee cancellation was a solemn promise he made on campaign podia to the people of Oyo State. Whether he should renege or fulfill this promise, he is said to have argued, is a matter of honour. Should Oyo have a honourable helmsman or one who breaks promises at his whim? Of importance is said to be Makinde’s belief that as elite, we are at liberty to disparage the difficulty of procuring N3000 by a parent, our argument being that, it is too token, but that, if you go to Oyo hospitals and see indigent compatriots dying for not having N500 for hospital bills, you will realize that payment of the N3000 was one reason that jerked up the number of children, barely off their diapers, who sell sachet water on Oyo streets.

Second is said to be Makinde’s unofficial discovery, even before assuming office, that there were a number of willful, selfish bursting of Oyo State resource pipes by some avaricious officials of the exited government, pipes which were then redirected into local and foreign personal accounts. Since he had forswore to run a government that won’t tinker with Oyo people’s patrimony and being a very wealthy man from his private enterprise, Governor Makinde had no qualms dispensing with a negligible funding like N3000 per annum which though looks insignificant but burrowed deep holes in the purses of the ordinary parent in the state. He is said to be of the opinion that, now that the leaked pipes that led to under-declaration of Oyo earnings will be mended by his chastity in government, Oyo will meet its social responsibilities to all sectors, including education. The Makinde school of thought is also of the opinion that his declaration in his inaugural to jerk up the budget of education to 10%, from a paltry 5% at the moment, with a yearly incremental adjustment to meet UNESCO recommendation by the time his 4-year tenure is over, is a further testimony of his abidance by the credo of changing the education landscape and coheres with his commitment to making a difference.

I still stand by my earlier averment that Makinde should not, by whatever mode he is bringing remedy to the sagging morale of the people of the state, indulge the people not to pay whatever is legitimately their role to contribute to the uplift of the state’s finances. Permit me to restate that wise-saying again, to wit that a phial of talisman not procured with cash is always tossed behind the fireplace. For the quality education that Western Nigeria got in the First Republic, the people paid through a properly modulated tax regime. It is on record that Chief S.L. Akintola’s decision as Premier in 1961 to reduce prices of cocoa – being the main export commodity in the Western Region – was one of the core issues that grounded his government.

On January 12, 1961, Awolowo had met Premier Akintola to advise him against the reduction of prices mid-cocoa season, submitting that it would be a breach of faith. Though he promised the Leader he would not, Akintola went ahead to address a press conference on January 13, 1961 to announce new prices of cocoa for the rest of the season. What followed was an immense crisis. Even the Minister of Finance in the NCNC/NPC coalition, Chief Festus Okotie-Eboh, denounced the Akintola government as “not justified in reducing the price of cocoa paid to the producers…to save the Board’s (Marketing) reserve of surplus.”

Soon, the effects of this reduction began to be felt. On January 4, 1962, Akintola’s Western Regional Minister of Education, Dr. Sanya Onabamiro, addressed a press conference increasing what was called Assumed Local Contributions in Western Nigeria’s Secondary Grammar Schools, school fees in short, to £75 per annum per pupil. The Tribune and other newspapers began a series of attacks on this policy. In a two-part volley of sarcastic and acidic editorials entitled Indefensible, the newspaper derided Akintola’s plan. Even the Daily Express, edited by the irrepressible Aiyekoto, Bisi Onabanjo, joined the fray with an editorial comment it entitled Slowing down progress, to deplore the Akintola policy, calling it “a dishonest piece of work lacking in logic and public good.” Due to these attacks, in a press conference addressed by the Premier himself on January 8, 1962 at the Ikeja VIP residency, the school fees policy was stopped.

I have no doubt in me that Makinde will outperform his predecessors. I also believe that his policies thus far – donation of his salaries, abridgment of the tenure of council heads, review of last-minute decisions of the last government and others were genuine decisions made to eliminate systemic gridlocks that can clog his avowal to resituate Oyo and delink it from the dross of the immediate past.

His charge should be to spend the next 100 days erecting solid, visible and logical foundation, especially in education, health and wealth creation. It is then he will be able to totally convince us – the naysayers – that, abridging the payment of N3000 in Oyo State schools was worth it after all 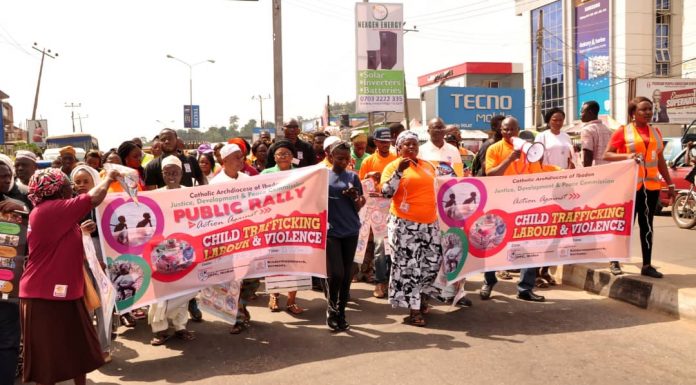 ADC Will Take Over Oyo State in 2019-Olaniyan.

LAUTECH: Oyo and Osun State Government Should Throw Away the Ego...