The Oyo State Government at the Weekend disclosed that it has received 25 Metric tons of fertilizers and rice seedlings from Dangote Group of Companies which is to be distributed to 292 rice farmers in the state.

In a statement signed by the Commissioner for Information, Culture and Tourism, Mr. Toye Arulogun, the Government stated that the distribution of the seedlings will start on Wednesday July 19, 2017, explaining that the fertilizers and rice seedlings received by the State Government is in furtherance of the Dangote Rice Outgrowership Scheme under the Oyo State Agric Initiative (AgricOyo) which was announced by the State Governor, Senator Abiola Ajimobi during the official launch of WAMCO Milk Collection Centre, Saki last month.

Receiving the seedlings on behalf of the state government at OYSADEP Warehouse Saki, the Senior Special Assistant to the Governor on Agriculture, Hon. Fajimi Shakirullahi stated that about 800 bags of the fertilizers have been delivered at a warehouse in Awe to take care of rice farmers in the area.

He noted that the remaining seedlings are for the benefit of farmers in Oke-Ogun zone of the State with about 500 hectares of farmland which has been earmarked for pilot project, stressing that the farmland is expected to be increased to 6,000 hectares next farming season.

The Governor’s aide allayed fears that the fertilizers and seedlings might not get to genuine farmers, saying, “farmers who registered with government will benefit from this gesture. We know them, we have been meeting with them and they will surely benefit”.

Hon. Fajimi explained “the programme is an outgrowers scheme between the Dangote Group of Companies and the Oyo State Government, whereby the farmers will plant rice with the fertilizers given to them free of charge and Dangote Group will further assist in buying up the produce from them, serving as the off-takers between the farmers and the market. We want to urge our farmers to put in their best in the cultivation of their farms as there is ready-made market for them.”

He assured farmers in the State that with the enabling environment created by the Governor Ajimobi led administration as well as its drive for investors to come to the state, food production especially rice, poultry and other crops will receive necessary support needed to boost the agricultural sector. 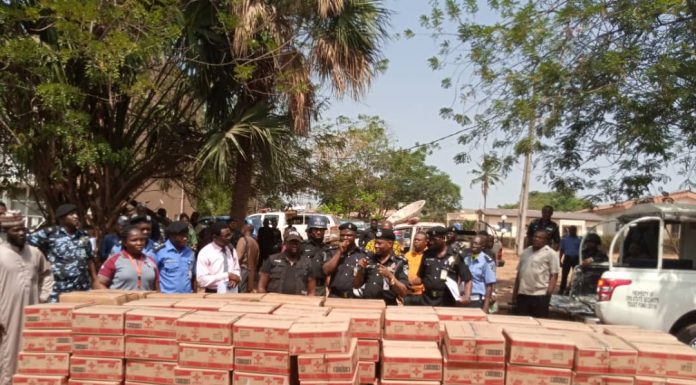 NULGE Directs Members to Stay Away From Work in Oyo

Ajimobi Urges Electorate to Shun PDP After 16 Years of ‘Locust’