Governor Makinde, who was speaking at the year 2019 Public Service Forum held at the Theophilus Ogunlesi Hall, University College Hospital, Ibadan, added that the ongoing Staff Audit verification the exercise was not aimed at witch-hunting Civil Servants.

A statement by the Chief Press Secretary to the Governor, Mr. Taiwo Adisa, stated that the government would not pay lip service to welfare of the Civil/Public Servants.

He said: “In realization of this, the present administration in the State has resolved to sincerely partner with the Public Service System by encouraging better exposure to training and retraining that will re-position it for a more effective service delivery.

“I have said this and I will continue to say it, the ongoing Staff Audit Verification and Payroll Validation Exercise for all workers is not aimed at witch-hunting anyone.

“It is an exercise meant to know the exact number of workers in the State thereby eliminating the ghost workers’ syndrome.

“Therefore, I encourage all workers to adequately participate in this exercise.”

He said that he would continue to prioritize the welfare of the civil servants, retirees in his Government and serve the entire State with the fear of God.

“It is my unrepentant resolve to serve the people of this State with sincere fear of God and integrity of Heart.”

“May I state categorically that my decision to devote my salaries to the payment of pensions of retirees is borne out of my heart to identify with the challenges of this class of people.”

He added: “Recently, we approved a sum of N1billion for the payment of gratuities to Local Government and Primary Schools retirees.

“This was preceded by the initial release of a sum of N1.48 billion, which was released and disbursed in September this year, barely four months of the inception of this administration. This was just to demonstrate that good governance is a factor of the mindset.”

The Governor stressed that the regular payment of workers as and when due was to make the economy of the State more stable.

He said: “It is not controvertible that presently, the economy of Oyo State is public and civil service-driven. While work is in progress to bring a multifaceted approach to tackling the mono-economic nature of the State, we knew that something had to be done, so we concluded that salaries must be paid as and when due for the State’s economy not to be static.

“This is not a privilege but the right of every worker who has laboured and toiled for a whole month.”

Speaking further, Governor Makinde said his administration would do all it can to bring back the lost glory of the State in education and some other sectors, saying: “It will be recalled that at the presentation of the year 2020 budget to the State House of Assembly, I mentioned that 22.3 per cent of the 2020 Budget has been devoted to education”

“This administration is determined to bring back the fading glory of this sector in Oyo Stated,” Governor Makinde said, explaining that his Government recently approved and released letters of promotion to over 1,000 vice principals on Grade

Level 15, who had been denied promotions by the previous administration.

“We had recently reconsidered the stagnation of over 1,000 vice principals on Grade Level 15 who were due for promotion but were denied due to lack of vacancies to accommodate them on GL 16 and we have graciously approved their promotions with immediate effect and this has been with their letters issued accordingly by the Teaching Service Commission.”

Governor Makinde, therefore, urged all the workers in the State to apply the knowledge acquired from the lecture to bring more productivity to their various works.

He said: “The theme of this year’s programme, “strengthening the Public Service for efficient service delivery” is expected to bring a great impact into the Oyo State Civil/Public Service.

“I, therefore, wish to admonish all workers here present to make good use of the knowledge to be acquired and pass same to their subordinates.”

Earlier in her remarks, the Head of Service, Mrs. Ololade Agboola stated that the Public Service Forum lecture was introduced as capacity building for Civil and Public servants through knowledge sharing and experience passed down by the old veterans, in order to bring out the best from them.

She x-rayed the achievements of the Governor within six months in the Office and commended him for the prompt payment of salaries of the workers on or before 25th of every month; increase in the amount being paid as Car and Housing loan; declaration of free education for all pupils and students from primary to secondary schools.

She  further noted that the provision of reading and writing materials; provision of One hundred (100) Patrol Vehicles for the security of lives and properties of the good people of Oyo state and recent approval for the recruitment of over 500 Health workers to reawaken the State sector were other achievements recorded by the Governor in the last six months. 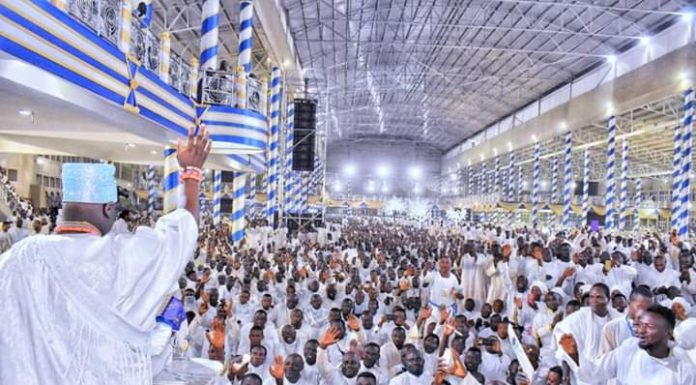 Why PMB Declines Presidential Assent to Police Fund Bill, Others

I am the authentic National chairman of Labour Party – Abdulsalam