The state Chairperson, Comrade Jadesola Ajibola stated this on Wednesday when the Risk Communication team of Oyo state Emergency Operation Centre, EOC paid an advocate visit to the state secretariat of Oyo NAWOJ.

She said Oyo NAWOJ has collectively led groups, organisations and leaders network of people in the state to form a feedback mechanism called “Oyo state Think Tank for COVID 19” a coalition that has been brainstorming and addressing issues around Covid 19 in Oyo state for over about two weeks.

Comrade Ajibola said most of the issues brought to the platform were resolved by members of the coalition, which has helped to keep the state together.

She noted that Oyo NAWOJ is determined to support other organizations of like minds to move the state forward at this time that the globe is fighting Covid 19 and hoping that Nigeria will soon overcome the pandemic.

She added that more organisations would be added to the platform and assured the Risk Communication team that the “Oyo state Think Tank for COVID 19” would not be politicised or used by anyone against government but would be a feedback mechanism to unite the state and country at large.

The Risk Communications team led by Mr Olaoye Olatunde, spoke on the need for media practitioners to continue advocacy, Sensitization and enlightenment of the public at the grass root level.

The team also noted that visiting stakeholders to prevent the spread of COVID 19 remains a priority of the state EOC. 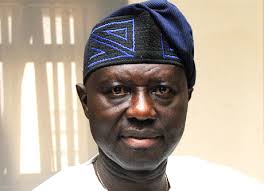