The governor, who was speaking at the inauguration of the Project Monitoring and Technical Steering Committee, at the Government House, Agodi, Ibadan, said that the sum of N350 Million was paid two months into his tenure in office to facilitate the project.

The project, which was instituted in April 2016, had remained moribund as a result of the failure of the state to pay the 12 per cent counterpart fund required by the Development Partners including the World Bank, the French Development Bank and the African Development Bank (AfDB), among others.

A statement by the Chief Press Secretary to the governor, Mr. Taiwo Adisa, quoted Makinde as saying that the RAAMP would ensure quality and durable roads that would open up the rural areas for business.

He said: “When we came in, we met the RAAM Project almost moribund because Oyo State couldn’t pay its own counterpart fund. Within two and half months of our administration, we provided the counterpart fund and we were able to get the project back on track.”

The project, which was meant to construct, rehabilitate and maintain over 1000 kilometres of rural roads across 33 Local Government Areas and 35 Local Council Development Areas of the state is aimed at linking the state’s Agro-logistic hubs for economic and social development.

Governor Makinde said that the RAAMP is aimed at improving the standard of living of rural dwellers, ease access to transportation and enhance rural participation in economic development.

The governor further stated: “I want to congratulate the members of the committee… As a member of this committee, one thing we want to ensure is that quality is maintained.

“We don’t want situation like in the past whereby roads and critical infrastructure are constructed and before that administration will even leave office, the infrastructure would have got to a total state of decay and you will know that within a very short time, you won’t see those infrastructure again.

“A case in point is that we went to Eruwa this time last week, the road from Ologuneru to Eruwa, they are still working on it, it is yet to get to the final point at Eruwa, but we saw many sections of the road that have failed already. That is not what we want, quality has to be maintained.”

The governor also stated that besides the RAAMP, there are other opportunities the state is looking forward to in order to turn around the fortunes of the rural communities.

He said: “Apart from the RAAMP, we still have other opportunities, AfDB are still talking to us, and if, indeed, we are able to put pen to paper, Oyo State would become one of their Agro-processing centres and they will support infrastructure provision towards our rural areas.

“This is mango season; I have been to the innermost part of Oyo State. It is obvious that a lot of farm produce is being wasted. Until the farm produce gets to the people that need it, it is then the farmers can get quality for their produce.” 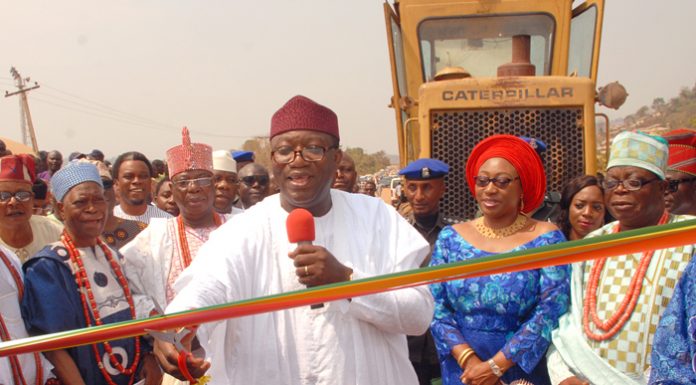