The governor had on April 6th forwarded a letter to the House of Assembly requesting for the change of candidates of Lagelu West LCDA  on April 6  and it was read on the floor of the house on Tuesday 10th April 12, 2017

‘ Now that you have been given the instrument of office, you have to hit the ground running and give your council the best it deserves

In his goodwill, the executive Assistant to Governor Ajimobi on politics, Barrister Morohunkola Thomas called on the chairmen to be a good ambassador of the state and All progressives congress in their respective local government

Responding on behalf of the chairmen, Hon  Niyi Adeagbo said they will  be committed to their duty and  promised to be a good servant in their various   council. 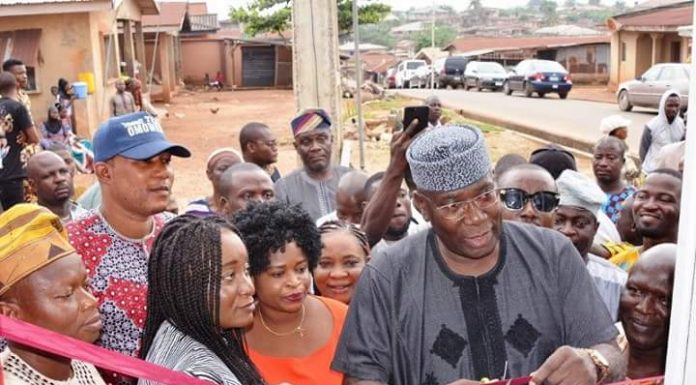