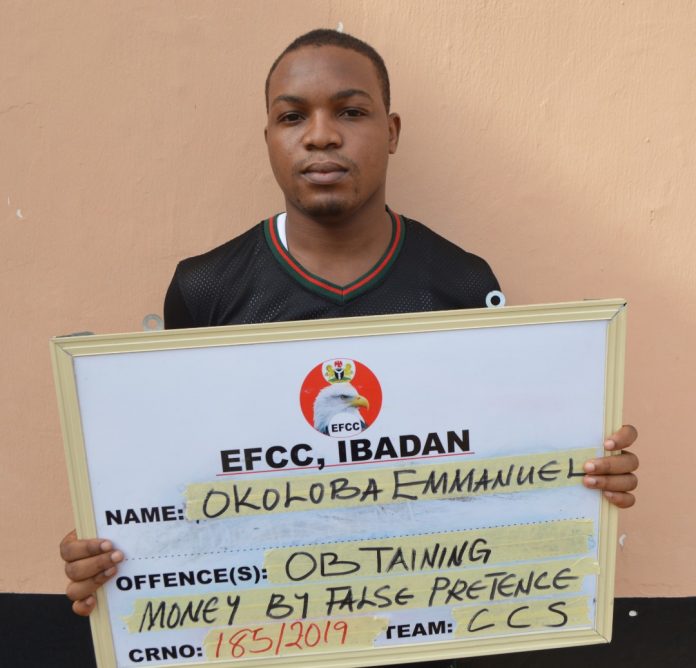 The Economic and Financial Crimes Commission, EFCC, Ibadan zonal office, has secured the conviction of one Okoloba Emmanuel for contravening Section 419 of the Criminal Code, Cap 38, Laws of Oyo State, 2000.

Okoloba was on Tuesday, July 9, 2019 sentenced to six months in prison by Justice Mohammed Owolabi of the Oyo State High Court in a one-count charge failed against him by the Commission.
The charge accused Okoloba of obtaining the sum of N350,000.00 (Three Hundred and Fifty Thousand Naira) from one Gerhard Ludi-Kohler through false pretence.

Even though he knew it to be false, he told the victim that the money was meant for an item he purchased.

After an initial arraignment, the defendant sought a window for a plea bargain which led to the lone charge he was charged with on Tuesday.

He pleaded guilty to the charge prompting the prosecution counsel, Oluwatinuwe Daramola, to pray the court to convict him accordingly.

Justice Owolabi thence pronounced him guilty and sentenced him to six months in prison.

The convict had earlier made restitution of N200,000.00 (Two Hundred Thousand Naira) only to the victim.

He was also ordered to forfeit to the Federal Government of Nigeria his iPhone 8 and Macbook laptop which were recovered from him during investigations. 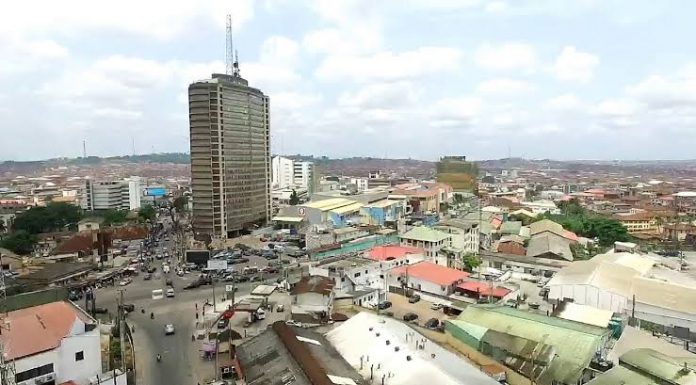 Cyber-security : How Attackers hide Backdoor in Software used by Hundreds...