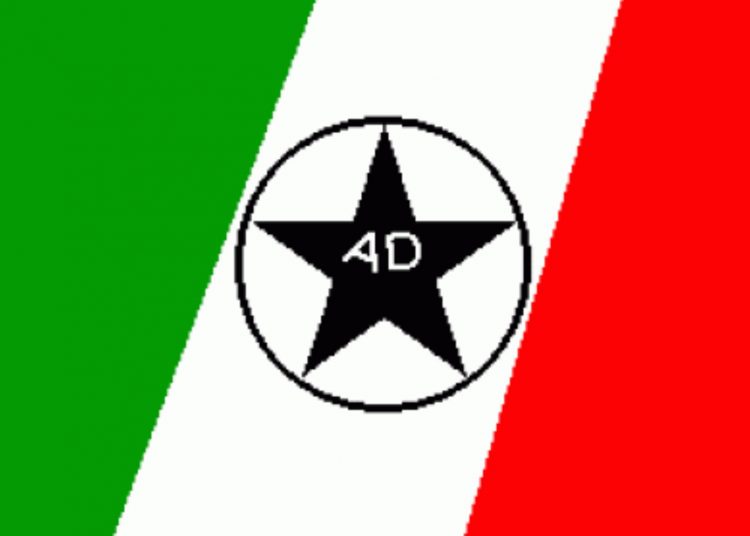 The South-West Caucus of the Alliance for Democracy (AD) has  declared its full support for the recent adoption of the governorship candidate of the Peoples Democratic Party (PDP), Mr Seyi Makinde, by the Oyo State chapter of the party

They noted  that it was in line with the participation of the AD in the CUPP arrangement at the national level.

The caucus, in a communiqué released at the end of the South-West AD Caucus meeting held at the Majerita Hotel, Ibadan, Oyo State, on Wednesday, also restated its support for the position of the pan-Yoruba socio-political organisation, Afenifere, to back any presidential candidate that is ready to restructure Nigeria.

They maintained that without restructuring, the ship of the country would continue to head in the wrong direction.

ALSO READ  Seyi ,Now That You Have Won... Unto Your Mark Get Set... By Dapo Falade

They however  called on the new Inspector-General of Police, Mr Mohammed Adamu, to be fair to all political parties before, during and after the general election.

Why Oyo People will Vote for Bayo Adelabu – ARA

Why Oyo People will Vote for Bayo Adelabu - ARA