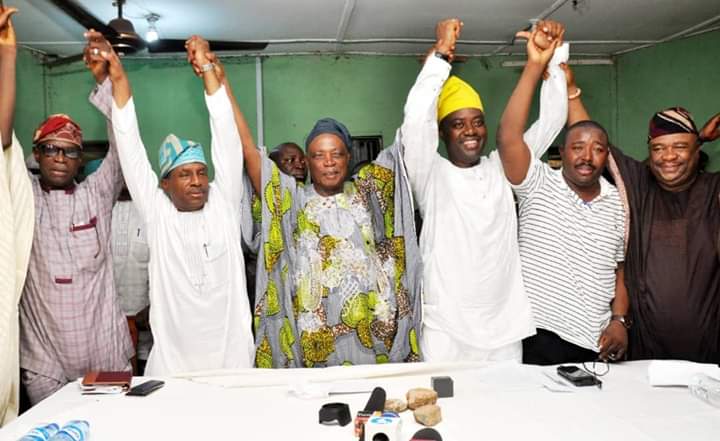 Senator Olufemi Lanlehin (SOLAN), hereby congratulates Engr Seyi Makinde on his victory at the just concluded 9 March, 2019 Oyo State governorship poll, describing it as one that is not only for the candidate, but also for the good people of Oyo State, who latched on to the opportunity provided by the poll, to unequivocally repudiate the ruling All Progressives Congress (APC), for its years of anti masses, neo capitalist and nonchalant governance;

Lanlehin, who commended Makinde for his doggedness, focus and commitment to bettering the lives of the people, advertised through his philanthropy and people oriented politics, which has ensured his prominence since entering politics in 2002, called on the governor-elect to deliver good governance anchored on fresh ideas, and brimming with a new ideology, just like his monicker “Omi Tuntun”, now that he has been entrusted with the people’s mandate;

Senator Lanlehin, who until Tuesday, 5 March, 2019, was a front line governorship candidate, before agreeing to a coalition that eventually birthed Engr Makinde’s popular mandate, urged him to not only recall vividly all his populist campaign promises made to the people; he admonished him to fulfill them all, in the interest of the people, and the progress of the state;

While felicitating with the leadership and membership of the PDP, Lanlehin also commended leaders of the coalition, which included Senator Rasidi Ladoja, Chief Michael Koleosho, Akogun Sarafadeen Alli, Chief Bolaji Ayorinde SAN, and Lt Col Feyisayo Ladoye (Retd), for their selflessness, integrity and uncommon passion, to see to the development of Oyo State, which propelled them to combine strengths, and boot out the APC behemoth, and its collaborators from far and near;

In a statement signed by ‘Damola Adeoye
Media Assistant to Senator Lanlehin, He. equally praised the people of Oyo State for standing as vanguards of truth, and in good conscience, electing to disapprove of the ruling party’s concerted efforts to continue opening the state’s treasury to foreigners and ajeles, calling on them to give the incoming Makinde government the needed backing to push through its welfarist programmes and policies;

Similarly, Lanlehin appreciates supporters, loyalists, leadership and membership of the Oyo State ADC, particularly Dr Busari Adebisi, Chief Olayiwola Olakojo, Amb Taofeek Arapaja, Hon Wale Adegoke, Oyo State ADC Exco, and many others too numerous to mention, for their perseverance and understanding, especially in accepting reasons adduced for the dire necessity of that coalition, and for making the expected sacrifice;

In Lanlehin’s words; “no sacrifice is too much, in the total liberation of our state from the clutches of godfathers and capitalists headquartered outside Oyo State, and its subsequent return to the masses of our people”;

While wishing Engr Makinde a successful tenure, Lanlehin wants him to be a good listener, and a team player; one who consults widely, promising him that as a democrat, and staunch advocate of progressive politics, the governor-elect can count on him for the requisite support in the onerous task of governing a politically conscious state like Oyo.