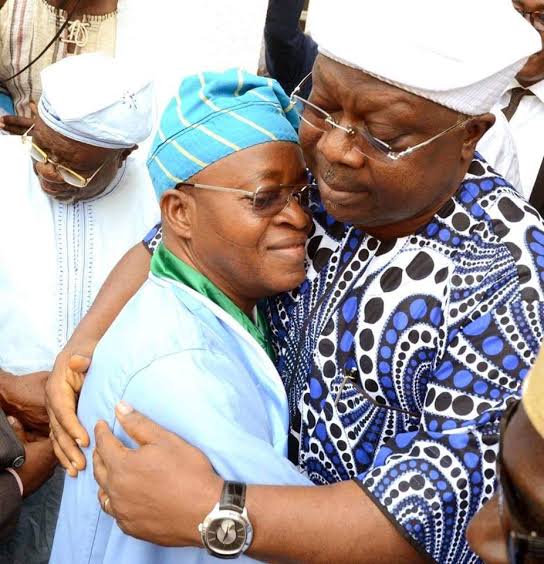 A former deputy governor of Osun state, Sen. Dr. Iyiola Omisore has described the ruling of Supreme Court of Nigeria which affirmed the election of governor Gboyega Oyetola in the September 22 and 27 governorship election and rerun respectively, as the expression of the desires of the majority of Osun people.

The two-term Senator in a press statement signed by his media team also congratulated the governor of the state, Alhaji Oyetola for his landslide victory at the Supreme Court.

He charged the governor to be above board in the governance of Osun state by bringing every citizen of the state to the stage of contribution and performance for the progress, unity and peace of the state.

The Ile-Ife born politician, while thanking his esteemed supporters, followers and well wishers, he rejoiced with the citizens of Osun state across the globe for a well deserved victory for the APC and governor Oyetola which, in no distant time, shall usher in an unprecedented development, as enshrined in the manifestos of the then SDP.