Ahead of the September, 22 governorship election in Osun state,the Conference of Nigeria Political Parties (CNPP), in Osun state has raised  alarm of a purported  ploy by the Independent National Electoral Commission (INEC) to allegedly hand over the  over 400,000  uncollected Permanent Voters Cards (PVC) to the ruling All Progressives Congress (APC) in the state.

Also, the conference  added that information presently at its  disposal has revealed that there are plans by the commission  to engage the services of  fake    members for the Osun governorship NYSColls.

CNPP raised the alarm in a Press Release issued and signed by Kolawole Agunbiade on behalf of conference on the alleged plans by the electoral commission on the conduct of the  Osun state governorship election this month.

According to CNPP , it has uncovered an alleged fresh clandestine ploy by INEC to ensure that all the uncollected PVCs in Osun state were made available for the APC and their Lagos cronies already in some parts of the state to vote during the governorship election.

” We are using this medium to alert the public, especially the good people of Osun state of an alleged ploy by the ruling APC and the INEC  to perpetrate undemocratic act by planning to hand over the over 400,000 unclaimed Permanent Voters Cards to Osun APC and its Lagos allies. With the intention to distribute the said Voters Cards to their “agents from Lagos to vote In various polling units across Osun State” it said.

CNPP emphasized that the alleged ploy by the INEC is capable of frustrating all efforts by the people of Osun state and the stakeholders towards  having a free, fair, credible and violent free election in Osun state come September, 22.

“It is unfortunate that as all hands are on deck towards having a free, fair, credible, violent free and generally acceptable governorship election in our dear Osun state on September, 22, this year, which is now few days to come that the umpire body could be thinking of an alleged move to thwart the expectations of the people of Osun state in having a successful poll. We are hereby tasking all the people of Osun state and the concerned stakeholders to call on the INEC to stay away from any act capable of having negative effect on the election.”

On the alleged plans to engage the services of fake NYSC  as   polling officers, CNPP  cautioned INEC and those planning such evil to have a rethink as the people of Osun state would stand against any act of electoral fraud and malpractice before, during and after the September, 22 governorship election in and across Osun state.

In view of the alleged plans,  we are urging the security agencies and the  good people of Osun state to be vigilant and nip in the bud the alleged ploy by the INEC and the APC at diverting the over 400, 000 uncollected PVCs for an unholy and undemocratic means 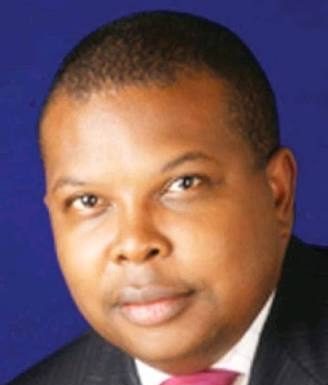