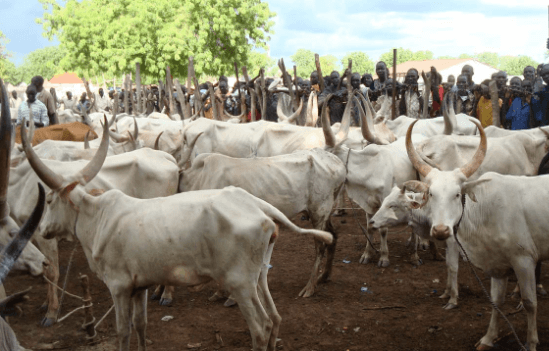 Nigeria’s Vice President, Prof. Yemi Osinbajo  said that   National Livestock Transformation Plan (NLTP)  is designed to run from 2019-2028 as part of Federal Government’s initiative in collaboration with States under the auspices of the National Economic Council (NEC).

The scheme was Inaugurated  on Tuesday  at the Gongoshi Grazing Reserve in Mayo-Belwa Local Government Area of Adamawa.

Osinbajo ,maintained that  the plan, targeted at supporting the development of Nigeria’s livestock sector, is to be implemented in seven pilot states of Adamawa, Benue, Kaduna, Plateau, Nasarawa, Taraba and Zamfara.

According to the vice president, the plan will be implemented as a collaboration project between the Federal and State governments, farmers, pastoralists and private investors.

“In this plan the State Government or private investors provide the land, the federal government does not and will not take any land from a State or local government.

“Any participating state will provide the land and its own contribution to the project. The federal government merely supports.

“It is a plan that hopes to birth tailor made ranches where cattle are bred, and meat and dairy products are produced using modern livestock breeding and dairy methods.

“This solves the problem of cattle grazing into and destroying farmlands. It ensures a practical response to the pressures on water and pasture by forces of climate change,” Osinbajo said.

He noted that the plan was designed to provide modern meat and dairy industry and in some cases integrated crop farming.

According to Osinbajo, the unique feature of the plan is that any participating state will determine its own model.

“I wish to emphasise that this is not RUGA. Because the idea of RUGA settlements launched by the Ministry of Agriculture created a problem when it was perceived as a plan to seize lands to create settlements for herders.

“RUGA was not the plan designed and approved by the governors and the President rightly suspended the implementation,” Osinbajo said.

He said that the NLTP was endorsed by all governors and could only be implemented with the full participation and consent of the governors and the people of the state.

He said no state could be forced to participate, adding that Adamawa had chosen to begin the implementation of the plan.

He noted Adamawa state experienced several crises on account of clashes between herders and farmers resulting in the destruction of lives and property.

He also observed that the introduction of the livestock transformation plan was a win-win for the state and its people, and would provide a basis for peaceful coexistence, jobs for many and a mechanism for resolving disputes.

Gov. Ahmadu Fintiri of Adamawa said that the flag-off of the plan was a robust all encompassing life-changing transformation programme in the livestock sub-sector.

Fintiri said the introduction of the plan was the solution desired for peaceful coexistence among diverse people of the state.

“The Plan will create job opportunities and solve lingering conflict between farmers and herders,” Fintiri said.