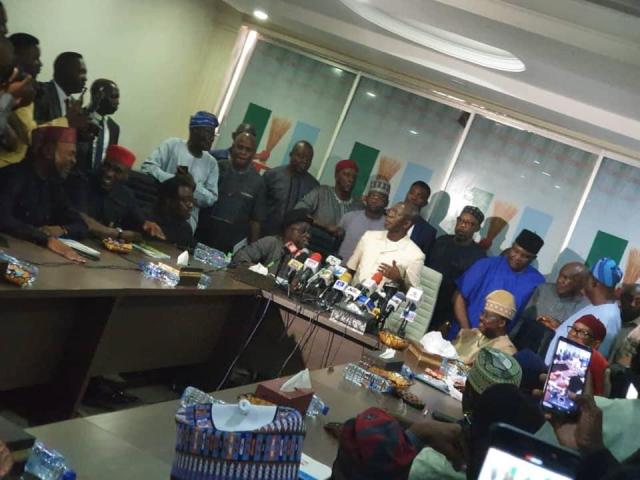 Former Oyo State Governor, Senator Abiola Ajimobi and Waziri Bulama have been inaugurated as deputy national chairman and national secretary of the All Progressives Congress, APC.

The inauguration was held at the Party Secretariat in Abuja

Oshiomhole while speaking during the meeting with the party executives at the APC secretariat in Abuja said conflict is natural in a party of their size.

He maintained that APC is united and not divided and will be used as an instrument for the development of Nigeria.

According to him, despite the challenges the party has faced, the APC remains strong, admitting that he is not a perfect being but his sincerity of purpose cannot be denied.

The APC National Chairman said he is willing to reconcile his style of leadership with that of other members of the party so they can work together.

He thanked the judiciary for overturning the high court ruling saying internal differences will be settled internally.

At the event were the Deputy National Secretary of the All Progressives Congress, Victor Giadom; and the APC National Vice Chairman (North West) are among early callers at the APC National Working Committee meeting scheduled for 12 noon. 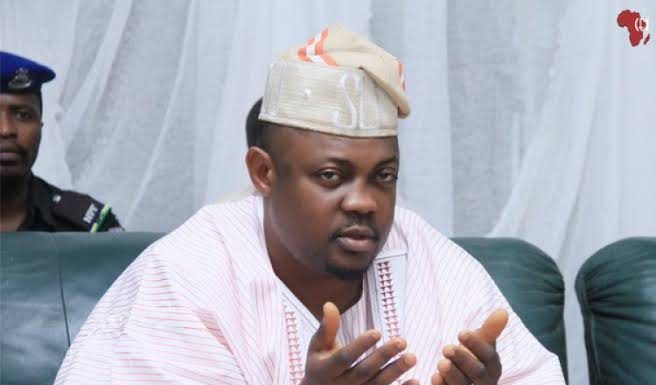 Senator Dino Melaye in Fresh Trouble, Charged With Three Others for Illegal Possession of Firearms, Conspiracy

Lam-Adesina: A Man Of LAM-inated Virtues At 79 By Sikiru Akinola

What Ekiti should expect from Fayemi in 2019 By Segun Dipe