The local government party chapter of the ruling party in Oyo state express their grievances in a letter addressed to the executive governor of Oyo state, Engr. Seyi Makinde, Speaker of Oyo state House of Assembly, Rt. Hon. Adebo Ogundoyin, The state chairman of the Peoples Democratic Party and others concerned.

The party in the letter maintained that the entire PDP members and party structure in Oriire local government reject and opposed the names of the nominees imposed as the caretaker chairmen.

It was noted that no executive members of the Oriire local government signed the list that produced the three nomination.

They further explained that the three nominees were against the candidature of the executive governor of Oyo state and as well voted for the candidate of the All Progressive Congress, Bayo Adelabu during the 2019 general election.

“After the primary, one of the nominees, Alh. Lukman Majekobaje of Oriire South LCDA and his leader, Hon. Oyedepo left the party for the APC and later voted APC gubernatorial candidate”.

That after their party candidate lost to PDP governor Seyi Makinde, He did not decamp to the PDP up till today.

That till the present moment, they have not joined PDP in their various wards, never associated with PDP members.

Even aparrently, both of the nominees (Mrs. Bankole and Hon. Kareem) campaigned and voted for ADP in the presidential election and National assembly election.

Even when we hold PDP general meeting in Oriire LG in Ikoyi – Ile in couple of weeks back, non of these nominees, non of their loyalist attended the meeting with us.

Meanwhile, permit us to note that, since after election nobody know them as member prior to their nomination by unknown people.

Moreso, if these issue raised above are not addressed, it is a message that, the people that laboured and worked for this party to ensure excellency Gov. Seyi Makinde emergency not relevant and useful”.

The letter further call for the nominees to swear with gun if they voted for PDP and Seyi Makinde as PDP candidate.

It would be sadden and suicidal if the party faithfuls that Kai down their lives as subjected to tho ridiculous of non – benefit to what they laboured for.

The party local government chapter hope that Governor Seyi Makinde would address the anomaly and reverse the arbitrary imposition of opposition as caretakers over the core and bonafide PDP waterholic party faithfuls.

The letter was signed by the Chairman of the PDP Oriire Chapter, Women Leader and coordinators of the 10 wards of the local government. 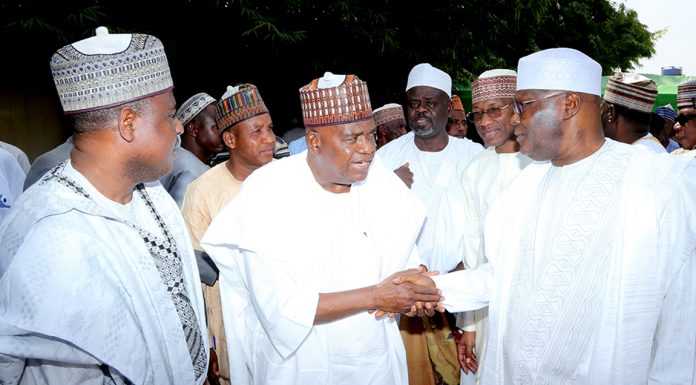 Open letter to Sons and Daughters of Oke Ogun. By Lukman Adewale

The 10 Runway Trends You’ll Be Wearing This Year