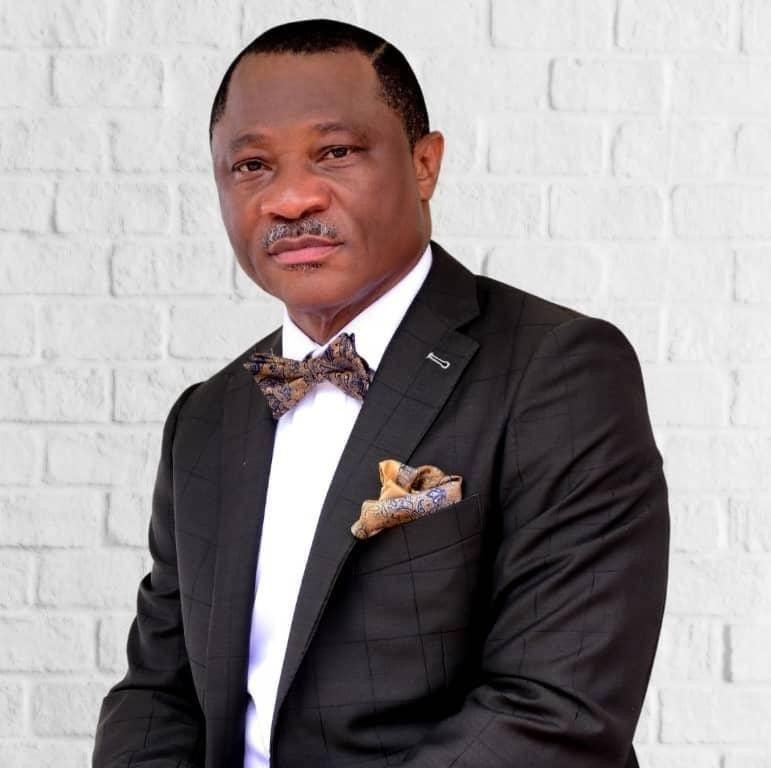 A leading governorship aspirant of the All Progressive Congress (APC) in Ondo State, Ifeoluwa Oyedele, FNSE has come to the aid of the student suffering from cancer of the mandible.

The Punch Newspaper on Saturday 22nd February had reported the pathetic story of Tobias Sunday, a student of Bishop Philip Academy, Ibadan who was battling to save his life while soliciting for financial assistance of N450,000 to proceed on a surgery.

According to the report, Sunday’s ailment started around March 2019 and since then he has been forced to stop school as he writhes in pains resulting from swollen tougue and neck, which has also prevented him from talking and eating.

Oyedele, came across the report while reading the newspaper and the plight of the youngman left him heartbroken, prompting him to quickly reach out to the ailing student to pay his hospital bills in order to give him a new lease of life.

Doctors at Ondo State Teaching Hospital Akure confirmed that Sunday is suffering from Cancer of the Mandible.

After a series of test and cross examination, he was then referred to the University College Hospital, Ibadan, to undergo the three stages of cancer treatment – the Surgical, Chemotherapy and Radiotherapy as there is no facility to give him the three stages in the state.

A statement by the Director of Media and Publicity of IFEOLUWA OYEDELE Campaign Organization, Yomi Adebayo, said

“Oyedele came across the news while reading the dailies and was full of compassion for Tobias. As a man full of love and compassion, he instructed us to pay a visit to the hospital to take over the bills to allow the ailing student return to school and continue his education”.

The statement quoted Ife Oyedele as saying:”I was heartbroken on seeing the sorry state of Sunday and couldn’t imagine the pain the young man would be passing through because of the illness. I immediately instructed that Sunday should be located so we can help pay the bills to get the needed medical attention.”

Dr. Dipo Okeyomi also known as ‘Carry Go’ who represented Mr. IfeOluwa Oyedele at the presentation was accompanied by Rt. Hon. Kenneth Olawale, Dr. Segun Ayodele and Hon Biyi Poroye, while a representative of the family who received the team was full of praises for the leading governorship hopeful and showered prayers on him for coming to their aid when all hope was lost.