Omisore is an Advocate of Good Governance- Gov Oyetola 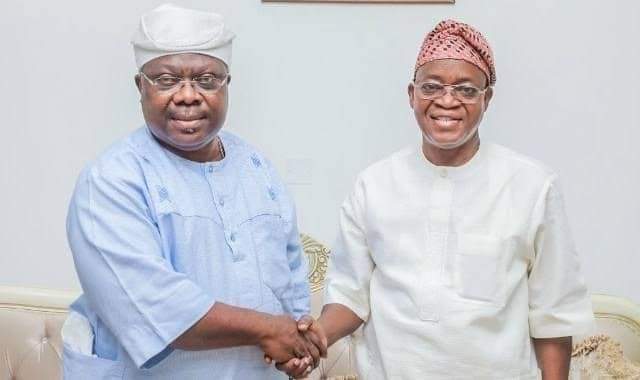 88
SHARES
2.5k
VIEWS
Share on FacebookShare on TwitterShare on WhatsApp

Oyetola in a statement issued on Tuesday by his Chief Press Secretary, Ismail Omipidan to congratulate Omisore, saluted him for his many sacrifices in advocating good governance in the State.

The governor who also described Omisore as a grassroots politician and a lover of Osun and its people, said his investment in promoting democracy and good governance through sharing of wisdom and experience with political associates, would always be appreciated and remembered.

The statement reads in part: “On this day, I will like to join, family, friends and political associates of Senator Iyiola Omisore to extend the warm greetings and goodwill of the government and people of the State of Osun on the occasion of his 63rd birthday anniversary.

“He is an astute businessman and a grassroots politician who has remained consistent in the pursuit of true democracy and an ideal society.

“It is my prayer that the Almighty God will continue to grant him good health, more wisdom, and long life. Happy birthday to you, Otunba,” Oyetola added.