The Olubadan of Ibadanland, Oba Saliu Adetunji on Wednesday accused his embattled high chiefs of resorting to the use of unsubstantiated allegations fit only for pepper soup joints and beer parlours to deliberately assassinate his character and denigrate the institution he represents. The first class monarch cautioned the public to beware of what they read and listen to, as fake news like hard drugs pollute the human system.

Apparently referring to the letter “Re: Grievances; our response” of 14th February, 2020 single-handedly signed by Otun Olubadan, High Chief Lekan Balogun which was obtained from the public domain, the first class monarch vowed to clear his name of the damaging claim that he sold a traditional chieftaincy title for as high as N30 Million.

The first class monarch who responded through his Personal Assistant/Media and Publicity Director, Mr. Adeola Oloko stated that the embattled high chief should have substantiated his claim by mentioning the name of the chief or chiefs who paid the sum. “He should have disclosed where and when the money was paid. Was the money paid in cash, cheque or through transfer? Was it paid in local or foreign currency? What kind of traditional chieftaincy title was the so-called person asking from Olubadan, as alleged by High Chief Lekan Balogun? How much gain would the person possibly make from the alleged N30 Million investment on the chieftaincy title, which he could have possibly invested on more profitable venture? Oloko regretted that despite Chief Balogun’s claim to sophisticated education and age, he could not differentiate between free comment and libel.

According to Adeola Oloko, what the high chiefs did not tell the public was that in September, 2019, when the high chiefs came to plead with Olubadan that the vacant positions from Otun Balogun down to Jagun on both side be filled, what His Majesty requested from them was the usual N100, 000 per step. Thinking that His Majesty would ask for more but he asked for less, the high chiefs prostrated for Kabiesi in appreciation. The implication of this is that if you have two steps to climb, you are liable to pay only N200, 000. 00. If you have three steps, you pay N300, 000. 00. Even when some of the high chiefs could not afford to pay, it was Chief Yemi Soladoye led Central Council of Ibadan Indigenes, CCII that bailed them out. So, how can the respected monarch ask for N30 or any million naira from someone who cannot afford N100, 000 only?

For the avoidance of doubt, “The money in question, when collected, is always paid into the coffers of the Olubadan-in-Council. It is then disbursed at the end of every successful chieftaincy exercise and divided into three equal parts. While one part usually goes to Olubadan, the two other parts are always shared between Otun Olubadan and Balogun lines.

“When on 15th December, 2016 the former Governor, Senator Abiola Ajimobi was honoured along with his wife, Florence with the honorary chieftaincy titles of Aare and Yeye Aare of Ibadanland, that was how some of our high chiefs falsely accused Olubadan of having collected a sum of N50 Million. They bluntly refused to be consoled until Ajimobi told them point blank that Kabiyesi did not charge anything, so he won’t give a dime to any chief. Former Governor Ajimobi is alive to confirm the story. We challenged High Chief Balogun to produce demonstrable evidence of his claim.

“If you are Olubadan of Ibadanland at 91 like Oba Saliu Adetunji, what materialistic ambition could anyone be possibly pursuing with the enormous goodwill attached to the exalted throne? Suffering from what psychologists call projection, High Chief Lekan Balogun is a hawk who always labours under false pretence that all other creatures feed on chicks. We challenge Dr. Lekan Balogun to explain to the public who collected a sum of N6.5 Million from Dr. Sunday Oladiti (now late) sometime in 2017 under the false pretence that he would help him secure promotion to Jagun from Oba Saliu Adetunji. When the man died without realizing his ambition, did High Chief Balogun refund his money to his family as his wife and children have come to the palace to seek Kabiesi’s intervention on the matter. We were reliably informed that the last minute withdrawal of High Chief Lekan Balogun from the suit he jointly instituted with Osi Olubadan, High Chief Rasidi Ladoja against Oyo State Government in 2017 was not unconnected with financial assistance offered to him by the former governor. If in doubt, check the EFCC zonal office in Ibadan and possibly the State Police Headquarters, Eleyele for clarification.

Another case is the case of Baale Alape in Ibadan North West Local Government Traditional Council where the high chief was fingered in the illegal installation of the Baale without the approval of Olubadan, who is the prescribed and consenting authority on all chieftaincy matters in Ibadanland. Only last December he came to the palace along with some high chiefs, notably High Chiefs Eddy Oyewole and Amidu Ajibade to prostrate and asked Kabiesi for forgiveness.

“If anyone is looking for a General to lead a battle, don’t go for the likes of High Chief Lekan Balogun. He is a General without troops. Imagine one single person signing on behalf of 6 other high chiefs. High Chief Lekan Balogun also claimed in the letter that Kabiesi installed some people with questionable moral background. Would it not be better for him to mention them so that they could be investigated and possibly be removed? Otherwise, this is a case of pot calling the kettle black.

“The high chief who prefers to call himself an Oba stated in his letter that any promotion granted the Mogajis before Ikolaba title remains a nullity the moment such is done under the seal of kabiesi as His Imperial Majesty. Firstly, High Chief Lekan Balogun is better advised to go and read the official programme of the Oyo State Government when Kabiesi Olubadan was installed on Friday March 4, 2016. What he would find on the programme is the seal of His Imperial Majesty. Incidentally, High Chief Lekan Balogun was a member of the Coronation Committee. So, that was a clear fifteen months interval before the controversial review of the Olubadan Chieftaincy declaration by the last administration. So, is High Chief Lekan Balogun saying that the Oyo State Government made a mistake then. Secondly, what law, what gazette or chieftaincy review conferred Imperial Majesty status on other Obas of equal status with Olubadan who are using it? We challenge the high chiefs to please produce it.

The high chief was reported elsewhere of threatening that as kingmakers who enthroned Olubadan, they reserve the right to remove him. The high chief is better reminded that this empty threat is not new and sustainable, as he has said it in 2018 and denied it later. For the benefit of the public, there is no law that empowers any high chief or group of high chiefs to remove Olubadan. On the contrary, it is Olubadan who can suspend or peg any erring chief for act of contumely.

May we also inform High Chief Balogun that we do not have two Baale in one community anywhere in Ibadanland as alleged in his letter. If there is any, let him tell us. On the whole, the letter as usual, is short in specifics but long in allegations and sweeping generalizations.

Personal Assistant/Director of Media and Publicity

For: His Imperial Majesty 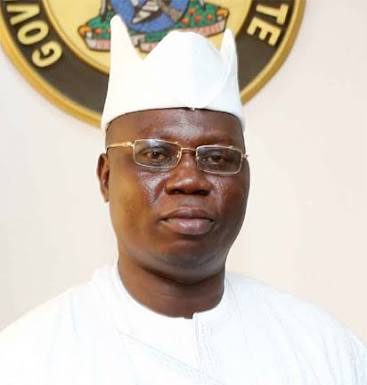 Waste Recycling Will Take Many Youths Out of Poverty – Hon Ayoola

NAF to Partner With EKSG on Cargo Airport Project, Says Chief of Air...