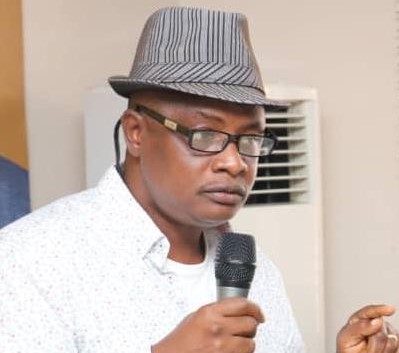 628
SHARES
5.9k
VIEWS
Share on FacebookShare on TwitterShare on WhatsApp

The management at Parrot Xtra Media Network Inc has announced that its popular radio show, Parrot Xtra Hour on Radio will now be aired live, every Monday by 7pm on Oluyole 98.5fm owned by the Broadcasting Corporation of Oyo State (BCOS).

In a special statement over the weekend, the Publisher of Parrot Xtra Magazine, Olayinka Agboola, who also doubles as the Radio Show’s Crew Leader said the move was necessitated because of the need to expand the scope and listenership of the show.

Agboola, a former Press Secretary to late Governor Lam Adesina of Oyo State, explained further that the radio show now has a better corporate outlook and is now more than ever ready for sponsorship by individuals, government parastatals and corporate bodies from anywhere in the world.

According to Agboola, “there is a special segment on the show that we call ‘My Conscience’ which we are supposed to use the Radio to drive. It a segment we deploy to locate and identify extremely brilliant but indigent students of primary and secondary schools who have, or are about to drop out of school all because they do not have school shoes, uniforms, essential books and bags.

We started supporting these students when Parrot Xtra Hour On Radio first hit the airwaves on January 7, this year. But the advent of COVID-19 affected our activities. We are now good to continue, and we are set to expand the scope by God’s grace.

“Our belief at Parrot Xtra Media Network is that we will be able to cover Oyo State better because BCOS is live in Kishi, Saki, Igboho and other major cities of the state apart from Ibadan. This means, we will be able to locate some of these students in these zones too.”

Agboola confirmed that the major challenge facing the project like any other laudable assignment is funding.

“We do not have the funds but we believe it is God’s project. This is our major source of encouragement. In addition, some of our friends have been supporting us. We believe they will still continue to support despite the state of corporate and individual economies as dictated by COVID-19. We are determined to help as many of these brilliant students as possible because they will one day make Oyo State proud. The government cannot do everything, that is why we are doing our little bit”.

While thanking all those who have proudly associated with the radio show so far, Agboola pledged to ensure that quality and professionalism are upheld at all times.

His words “the tradition we started with the show will still be sustained. Anybody who appears on our show will be live on Facebook and others, the transcript will run on our website, pmparrot.com and other partnering websites, as well as on our glossy tabloid, Parrot Xtra Magazine. I don’t think there is any media network or organization that does this anywhere in Nigeria. We thank God for the inspiration.”

Parrot Xtra Hour On Radio will now be aired every Monday by 7pm on BCOS’s Oluyole 98.5fm Radio at Ile Akede, Basorun, Ibadan, the capital city of Oyo State.